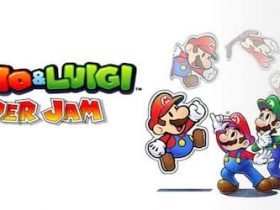 There had been widespread concern when the legendary Shigeru Miyamoto seemed to hint at his retirement, something that he rushed to immediately rebuke in later interviews.

Yet, despite Miyamoto’s volume of work remaining unchanged, he remains adamant that Nintendo must continue to prepare itself for when he is no longer at the company.

“This year I’m past 60; I’m going to be turning 61 this year,” Miyamoto began discussing with GameSpot. “So for me to not be thinking about retirement would be strange, but in fact, the number of projects I’m involved in – and the volume of my work – hasn’t changed at all.”

Nintendo are keen to ensure that the company can continue to thrive without his guidance, Miyamoto explaining that he aims to “get the younger staff to be more involved.”

He continues, “Instead, what we’re doing internally is, on the assumption that there may someday be a time when I’m no longer there, and in order for the company to prepare for that, what I’m doing is pretending like I’m not working on half the projects that I would normally be working on to try to get the younger staff to be more involved.

“And this actually has nothing to do with any kind of retirement planning or anything of that sort, it’s really more of simply the fact that people have a tendency, certainly when you’re in an organisational structure, they have a tendency to always look to the person that gives them direction. And really, for a long time I’ve been thinking that we need to try to break that structure down so that the individual producers that I’m working with are really taking responsibility for the projects that they’re working on.”

Miyamoto hopes that such shift will see Nintendo’s teams “develop their games with the consumer in mind,” rather than their project directors.

He closed, “And as I like to say, I try to duck out of the way, so that instead of them looking at me, they’re looking at the consumer and trying to develop their games with the consumer in mind rather than me in mind. So it’s really more of looking at this as sort of an opportunity to really try to help develop them and bring them up.”