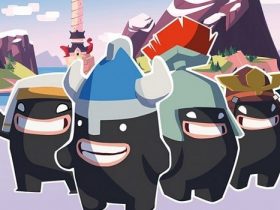 Nintendo’s Shigeru Miyamoto is well aware that the company is facing “difficult times,” as the Wii U struggles to gain ground with consumers.

Although he remains hopeful, sharing his belief that in such situations they “have a tendency to find that next new thing.” Younger developers are making their own games, which we have already seen with Splatoon, and now that Mario Kart 8 has concluded development that team is experimenting with new experiences for Wii U.

“Certainly we’ve had tough times before, but the numbers have never been as bad as they are now. In my years with Nintendo what I’ve found is that it’s always in those difficult times that we have a tendency to find that next new thing. And I think that maybe we’re seeing a little bit of that [now at E3],” Miyamoto discussed with Kotaku.

“And of course we just finished Mario Kart, and what’s now going on is that a lot of the people working on Mario Kart, their hands are free and they’re coming up with ideas and doing a lot of experimentation with what they can do with two-screen gameplay and they’re having a lot of fun doing that.”