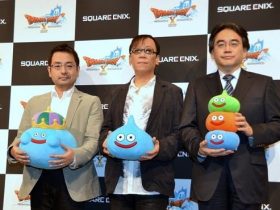 Shigeru Miyamoto recently snuck onto The Year of Luigi Miiverse community board, to once again declare Nintendo’s celebratory year for Mario’s twin brother is now underway.

“It’s been a whole 30 years since Luigi’s debut in Mario Bros.! Thanks to Luigi’s fans within Nintendo and all over the world, we have created many games starring Luigi,” Miyamoto writes. “I hereby declare 2013 to be the Year of Luigi!”

Earlier this week he also distributed a Nintendo Letter Box message to coincide with the release of Luigi’s Mansion 2.