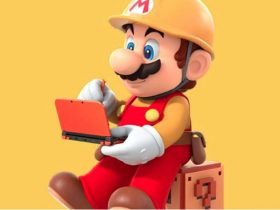 Assist Trophy cameos continue to emerge, with Super Smash Bros. creator Masahiro Sakurai having revealed Midna as the latest to appear within the upcoming Wii U and 3DS games.

The Twilight Realm resident, and descendant of the ancient Twili, first made an appearance within The Legend of Zelda: Twilight Princess, which released for Wii and GameCube back in 2006. Aiding Link in his quest to save Hyrule, it sounds as if she will equally pack a punch within the anticipated brawler.

“The Assist Trophy, Midna!” Sakurai declared on Miiverse. “This is the 3DS version. She’s going to grab and throw things all over the place. Her uncontrollable, whimsical nature remains intact.”

Super Smash Bros. will release on 3DS this summer, and Wii U in winter.