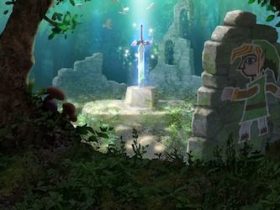 Aonuma: Zelda fans will be “very surprised” by A Link Between Worlds

Full of praise for the successes of their competitors, Microsoft Games Studios chief Phil Spencer has poured scorn on the “unhealthy” fanboyism that populates the gaming arena.

“There seems to be this natural faction that gets created around what console you own, and then this, I would call it unhealthy dislike, for people who own the other console”, Spencer discussed during a talk at SXSW 2014.

“In the end, what we all want to do is to take this art form of playing games and experiencing and breaking down that wall between a linear narrative and an interactive capability, and just make a better form of entertainment”.

“In terms of the kind of concerns people have on the social space, it is usually about how we’re doing in the competition against PlayStation. They had a great launch. I will say, when I look at the PlayStation 4 and Xbox One launches, it’s been our best launch ever for an Xbox.

“A year ago, the question was whether consoles were relevant anymore, and has the industry moved beyond console gaming–is anyone going to show up to the party when these two big console manufacturers bring their products out in November? And today I think we’d all say that hasn’t been a problem. If you look at what both consoles have done, it’s been an amazing year. The units that we’ve both been able to sell shows an amazing start to this console generation”.