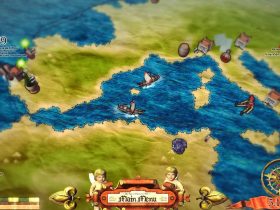 Simply revealed with a logo last year, Metroid Prime 4 was the most obvious absence in the Nintendo Direct: E3 2018 presentation.

That has meant that the game’s whereabouts has been one of the many questions that have been directed at Nintendo of America president and chief operation officer Reggie Fils-Aime.

“We believe it is not fair to the fans to repeatedly tease them over time about a game,” Fils-Aime explained to Polygon. “That’s why we tend to focus close in, typically in a six to nine-month timeframe, and go deep in sharing content and information on a particular piece of content.”

He added: “Metroid Prime 4 continues to be in development and making great progress. But right now, for something that’s not launching in 2018, it just wasn’t the right time.”

Metroid Prime 4 will release exclusively for Nintendo Switch worldwide in 2019.