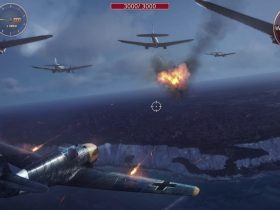 Sky Gamblers: Storm Raiders 2 Out On Nintendo Switch Next Week

Nintendo of Europe have announced that Game Boy classic, Metroid II: Return of Samus, is set to release through the Nintendo 3DS’ eShop service this week.

The latest addition to the handheld’s Virtual Console selection, Metroid II sees Samus Aran tasked with a mission to rid planet SR388 of the Metroid menace.

This marked the first time that new abilities like the Spider Ball appeared, and also new additions to Aran’s arsenal such as the Plasma Beam.

Metroid II: Return of Samus is due to release on the Nintendo eShop service this Thursday across Europe, priced at £3.60 / €4.00.