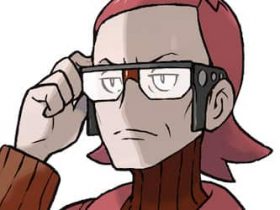 With its existence having emerged within the pages of Japanese magazine CoroCoro earlier this week, The Pokémon Company have released official information regarding Mega Mewtwo X and Mega Mewtwo Y.

Dependant on which Mega Stone (either Mewtwonite X or Mewtwonite Y) the player makes Mewtwo hold, will see it capable of Mega Evolving into the relevant form. Mega Mewtwo X becomes a Psychic and Fighting-type, whilst Mega Mewtwo Y sees its Special Attack greatly boosted.

Though, each are exclusive to their corresponding titles, Pokémon X or Pokémon Y, meaning that you’ll have to trade with friends to secure both.

Pokémon X and Y will launch worldwide on October 12th.