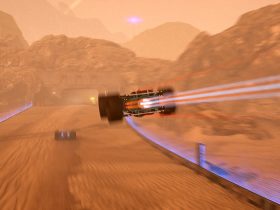 Building further on the blueprints of the original Mega Man games, the Mega Man X series honed in the power of the SNES to create a world with more anime flair to it. This made sense as, back in the 90’s, anime had started to quickly gain more attention across western shores. Classics like Dragon Ball Z and the general cyberpunk boom were beginning to open up the imagination of many, making the beginning of this particular series even more eye-catching for the time. Seven sequels strong and 25 years later, the Mega Man X Legacy Collection 1 + 2 dashes its way onto the Nintendo Switch. While hardened fans undoubtedly have their top 8 list, the question is what has Capcom done to celebrate the Maverick hunter’s history with these releases?

The density of the plot lies much deeper than that of the classic Mega Man saga. Set 100 years after the events of the original series, Dr. Light’s final creation, known as X, is discovered by an ambitious scientist called Dr. Cain. Dr. Cain stands on the shoulders of Dr. Light’s research to create a new race of peaceful human-like androids based on X’s design, known as Reploids. Things go swimmingly until a portion of these Reploids start to break the peace and go “Maverick,” leading to the need for a special forces unit made up of Reploid Maverick hunters. As for X, he joins the 17th elite unit under Commander Sigma. Things from there go disastrously pear-shaped and it’s up to X and his companions to fight against the rebellion.

Just like the previous Mega Man Legacy Collections, Mega Man X Legacy Collection 1 + 2 is split into two halves. The first volume of titles contains the first three SNES games in the series, as well as the 32-bit era crafted fourth adventure. These first four games are quite closely knit in gameplay and style, as opposed to the second collection where things start to become much more experimental. Now, while the jury is out on which titles overall are top dog, it’s fair to say that Mega Man X7’s shift to 3D falls quite far from the coop to become the turkey of the bunch. 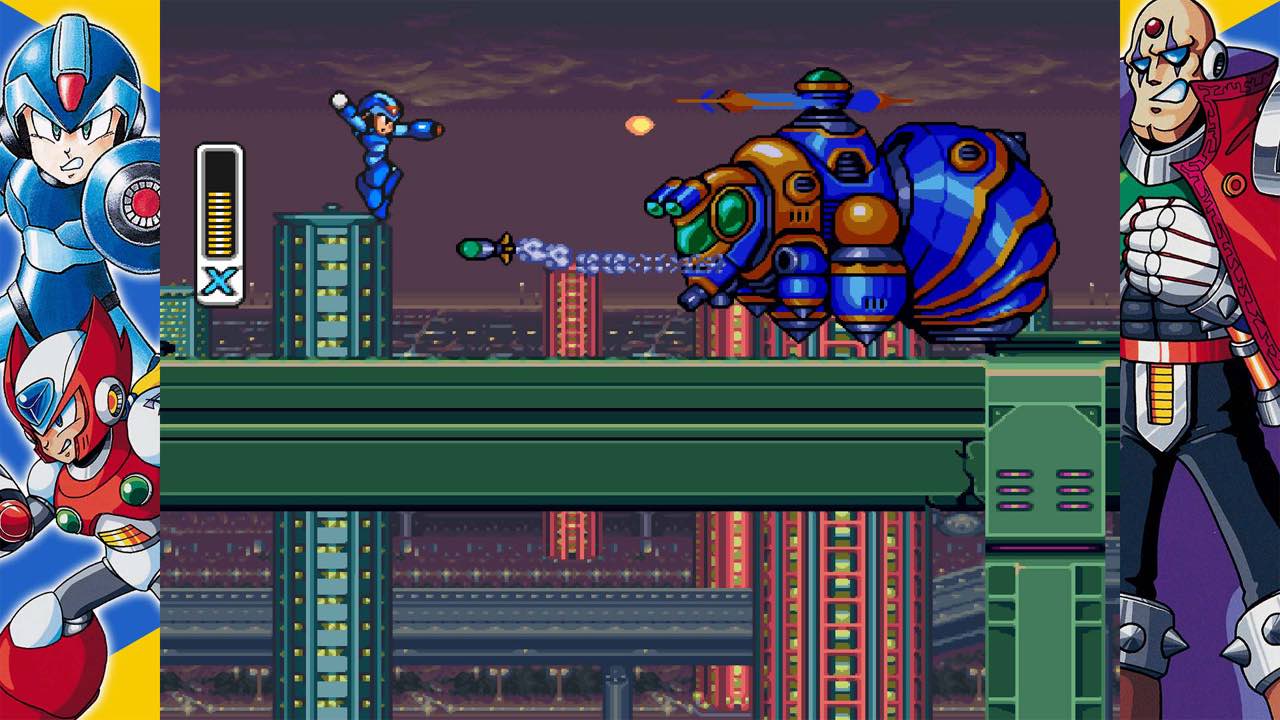 This was mainly due to the rather ambitious yet clumsy decision in mixing up the control system to provide both a 2.5D and 3D roaming experience. It suffered similar teething problems in converting over to a new dimension similarly to the way that Sonic the Hedgehog did, if a little more disastrous. However, Mega Man X8 aimed to rectify the issue by making a straight 2.5D adventure. This turned out to be a much better and less convoluted design choice to maintain some dignity in closing out the series. In Mega Man X Legacy Collection 2, both Mega Man X7 and Mega Man X8 get a bit of an HD makeover. While it doesn’t do a lot to improve the poor acting and clunky controls of the seventh game in the series, Mega Man X8 sure does benefit from the shiny facelift. Mega Man X8 probably has the most arcade feel to it out of the Mega Man X Legacy Collection 2 as well, especially with the whole character-swapping Marvel vs. Capcom thing it has going on.

For many, it will be the SNES releases that will more than likely scratch that nostalgic itch. The first three games still look as good today as they did back then and fall in line with each other much more seamlessly than they do the latter half of the series. Mega Man X4 built further upon these foundations providing cool movie sequences and lush sprite animations to easily make the first Mega Man X Collection the better of the two. Mega Man X3 was the first in the series to get a release on the SEGA Saturn and PlayStation which, too, had animated cutscenes to push the story forward. However, Capcom has chosen to not use this version of the game which is a shame considering you can select the Japanese iterations of each title. 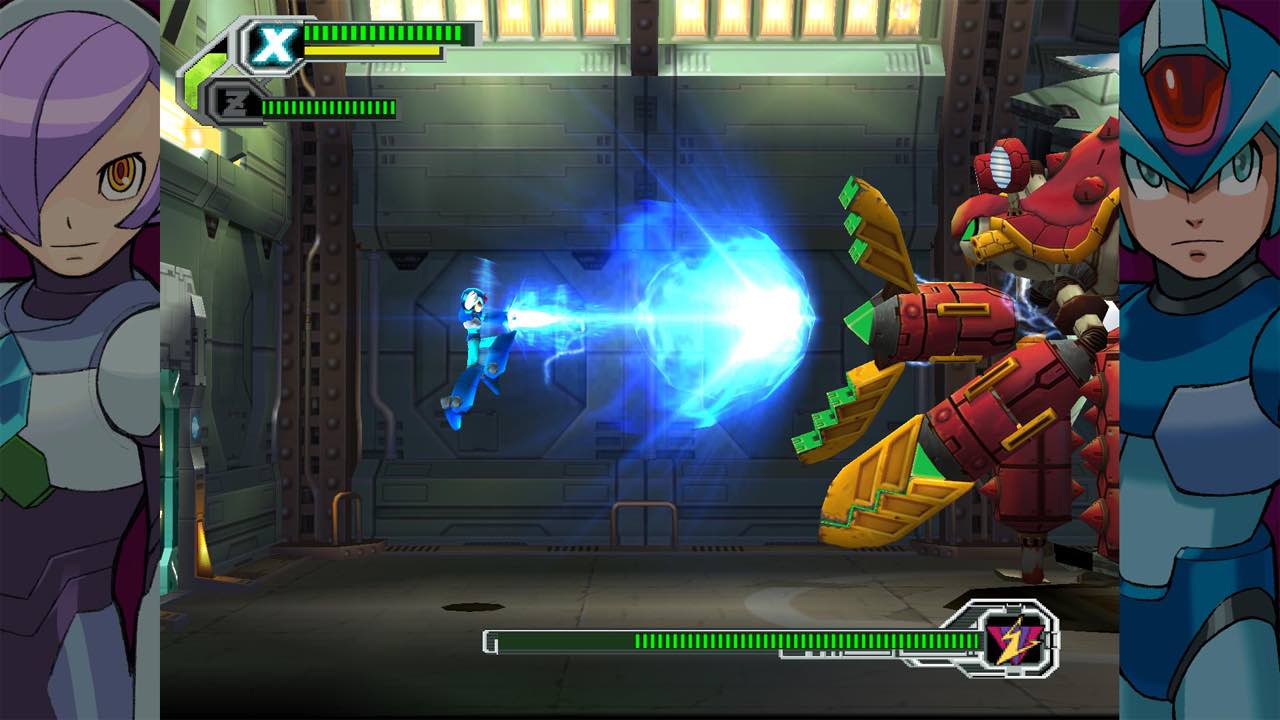 In regards to presentation, it’s a bit of a mixed bag. The interface is very similar on both collections, each with their own dedicated art gallery and epic sound menu. Where things start to feel slightly lazy is in how virtually everything else that is featured is copied exactly the same for both Legacy Collections. It would have certainly been nice to uncover a few separate surprises on each package. Despite being able to zoom in on the artwork in the gallery, the other content that can be found in the Museum doesn’t let you get any closer than the size that the interface allows. This includes various merchandise from the past like toys, book covers, apparel and collectable cards, all of which are exactly the same regardless of which Legacy Collection you buy.

The same can be said about the added boss rush mode, which has been built as a brand new feature. Even though they are titled as Vol.1 and Vol.2, there doesn’t seem to be any difference between them despite the subtitle reeling you into thinking so. You can watch a neat 25-minute animated OVA of events leading up to the game which is a nice touch – originally an unlockable video in the PSP remake, Maverick Hunter X. These additions are welcome, and nothing to grumble at too much, of course. After all, having the games on their own is worth every penny. The problem is that it doesn’t feel quite like the celebration that the Street Fighter 30th Anniversary Collection provided. It would be nice to see some more behind the scenes production content or even an interactive timeline akin to that seen with Capcom’s fighter to browse through.

Mega Man X Legacy Collection 1 + 2 don’t have nearly the amount of added gameplay options that the original Mega Man Legacy Collection had, either. There is no custom save states besides the ability to save at the password screens, and the lack of outside menu to configure your controllers is a bit of a pain. This leads you to rely on the in-game options to change inputs – some of which don’t even save your preferred layout. You can at least adjust the filter under three states: an ugly greasy overlay to blend the pixels; a basic CRT format to keep it old school; or the option to have none at all. Other than that, besides swapping screen borders and extending the screen ratio, there’s not a lot here to add to the quality of convenience. 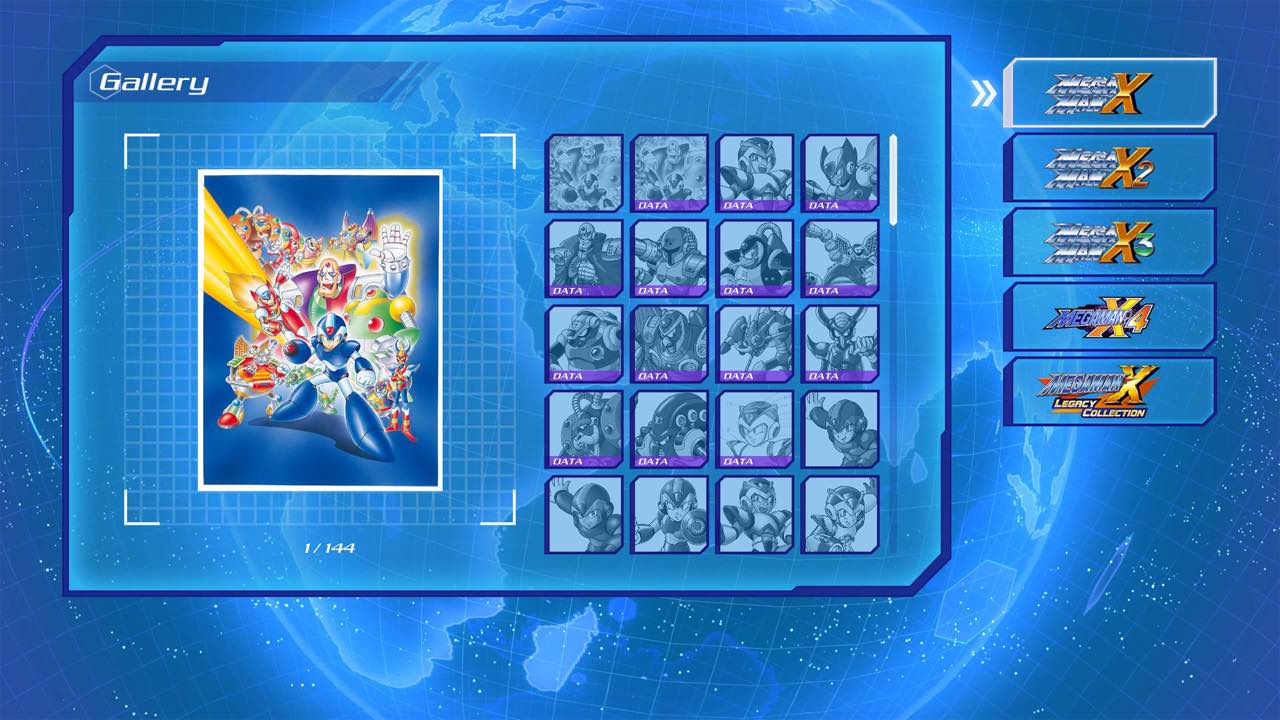 Now, the Mega Man games in general rarely shy away when it comes to providing a challenge. So, in this case, Capcom has taken a leaf from Mega Man Legacy Collection 2 by implementing a more beginner friendly Rookie Mode. Both Mega Man X Legacy Collection 1 + 2 slightly differ in the rules for what’s in place for the casual gamer with the second collection making spikes no longer an instant death on contact. The first collection isn’t quite as lenient in this regard, as these spikes will still tear a life away from you. What they both do have in common though is that Mega Man becomes a bullet sponge of almost godlike qualities. You can still take damage of course, but it does take a lot of knocks to the old armour to notice any dents.

What is brand new here is the added Maverick-hunting challenge mode that puts you up against a series of battles with two bosses at once from Mega Man X1 – X6. You take control of X from Mega Man X5 with the ability to air dash, hover and fire out a lingering charge shot. Each segment has three pairs of bosses to face that usually compliment each others power. Take Mega Man X’s Chill Penguin, for example, teaming up with the mammoth-sized Frost Walrus. Or even mix oil with water by taking on Wheel Gator and Bubble Crab from Mega Man X2. Before you set off into battle you can equip three power upgrades to assist you on your conquest. Looking for the right ones to counter pick your opponent’s weakness is the traditional Mega Man tactic. There are also three levels of difficulty to keep players happy on both sides of the spectrum. It’s a fun little feature overall, but not a patch on the score-seeking addictive qualities the the challenge mode provided in the original Mega Man Legacy Collections.

The Mega Man X series has always held a fond place in my heart. To be able to play all eight anytime, anywhere on Nintendo Switch is a dream come true. They may not all be top-tier classics, but the high majority that are maintain the same addictive grip now as they did back in the day. As for these particular collections? They may certainly play as well as I remember them, but the way the celebration has been stripped back like a budget party package made me pine for something a little more extravagant. The legacy of this 30-year-old Capcom mascot certainly deserves it.