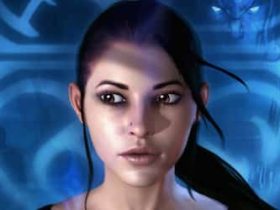 Dreamfall Chapters: The Longest Journey no longer coming to Wii U

CoroCoro magazine has confirmed that Diancie, which will shortly be distributed for Pokémon X & Y, will have the Magic Bounce ability when it undergoes Mega Evolution.

The ability reflects any status-changing moves targeted at the Pokémon back to whichever Pokémon used them, which will hopefully help Mega Diancie partly avoid at least a portion of incoming attacks. Mega Evolution will also grant Mega Diancie a notable boost to its Speed, as well as Attack and Sp. Attack, although Defense and Sp. Defense will be reduced. Such stat changes will help Mega Diancie make use of its quicker attacks, such as Diamond Storm and Moonblast.

The Pokémon Company International previously confirmed that players would have to transfer the Mythical Pokémon to either Omega Ruby or Alpha Sapphire to obtain its Mega Stone, a requirement for Mega Evolution to occur.

Mega Diancie will also have access to Fairy-type move Dazzling Gleam, which can harm multiple both an opponent’s Pokémon in a Double Battle.