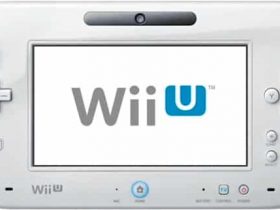 SEGA have today revealed Sticks the jungle badger, a new female character who will join Sonic, Tails, Knuckles and Amy in Sonic Boom.

Sticks, voiced by Nika Futterman, is said to have unparalleled animal instincts and extremely sharp survival skills. Regarded as a fearsome combatant and a tenacious hunter, she arms herself with handmade weapons of which you can see her boomerang above.

Her unpredictable wildness will apparently provide plenty of opportunity for humour, while she quickly becomes best friends with Amy who helps her adapt to civilization.

“She kind of, like, lives in this other alternate universe that she thinks everyone else is living in. But, y’know, they’re not,” Futterman explains. “She’s really intelligent. But the things that she says come across as strange to other people. She’s fiercely loyal to her friends, and if she’s around really, truly no one has to worry because she can kick butt.”

Sonic Boom will release as a Wii U and 3DS exclusive later this year.