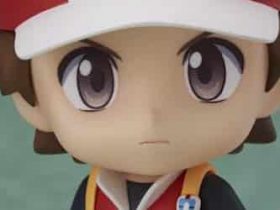 The Pokémon Company International have announced that they will be making their first ever appearance at MCM London Comic Con this year, which is taking place this weekend.

Attendees will be able to rediscover Pokémon Ruby and Pokémon Sapphire on Game Boy Advance, taking part in battles to mark the impending arrival of Pokémon Omega Ruby and Pokémon Alpha Sapphire.

You can also give the recently launched Pokémon Trading Card Game Online (TCGO) app for a spin on iPad, while an art display will provide a behind-the-scenes look at how Game Freak approached creating Pokémon Black, Pokémon White, Pokémon X and Pokémon Y as well as all six regions.