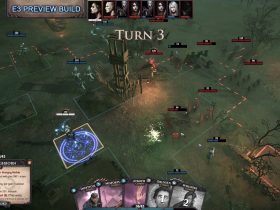 Nintendo has released a new software update for Mario Tennis Aces, that sees the intense tennis game now on version 1.1.0.

This has made significant additions and improvements, whether that be Online Tournament, How to Play tutorials or a new Bonus option after you complete Adventure mode for the first time.

Perhaps the most important change comes in response to the Mario Tennis Aces Pre-Launch Online Tournament, with Nintendo addressing “an issue that caused severe latency when the network connection became unstable.” The Nintendo Switch exclusive will also check your connection quality more frequently, and you will now be matched with players of a similar skill level.

Reading Save Data From The Online Tournament Prior To Launch