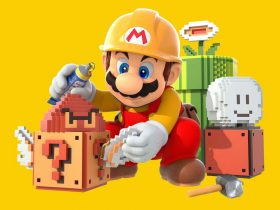 But, as we all know, the game’s existence was leaked nearly six years before Ubisoft was ready to reveal it to the world.

Ubisoft Milan creative director Davide Soliani has spoken about how the leaks were “hard on team morale,” not entirely because the surprise was ruined, but thanks to the largely negative reaction that the rumour mill had sparked.

“When the game leaks, no one is happy,” Soliani explained to GamesIndustry.biz. “Also, let’s be honest, the reaction at the beginning was not ‘sceptical’ – it was a little bit worse than that.

Before Soliani hopped on board a flight to Los Angeles for E3 2017, he warned the development team to prepare for the worst. His worst case scenario was that someone would say that “It’s OK for a strategy game,” while he held out hope for his best case scenario in that Mario + Rabbids Kingdom Battle would receive an E3 Award nomination.

However, the reaction was overwhelmingly the opposite of the dismissive online chatter that resulted from the leaks. It turns out that everyone fell in love with the Nintendo Switch exclusive, which went on to receive over 50 E3 Awards.

“When the conference finished, Davide and I went for a sandwich across the street,” composer Grant Kirkhope added. “We sat in this little cafe and we were both in shock. It had gone so well. We couldn’t believe it. We were drinking our glasses of water and shaking.

“We were there for half an hour, not saying anything, just staring at each other. We knew that Miyamoto was going to be on stage, but seeing him there, with the gun, and saying such nice words, and mentioning Davide by name… all of that was so surreal.”