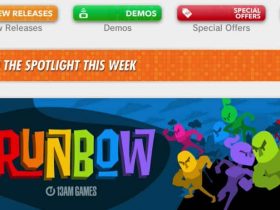 Ten home console releases, five handheld editions, an arcade machine and even an e-card game – the Mario Party series has been around a long time, it’s surprising there hasn’t been a compilation game sooner. With hundreds of minigames to pluck from, not to mention the range of boards, the idea of having the best of the best in one place sounds very appealing. Mario Party: The Top 100 should be an easy home run then. It should be the best Mario Party to date. After sitting down with it though through both single and multiplayer, you soon begin to realise just how much of a missed opportunity this game actually is.

First the good though. Mario Party: The Top 100 offers a collection of minigames that’s both fun and varied. Handpicking the “best” from the series’ long history, you’ll see every numbered Mario Party title represented – from 2015’s Mario Party 10 right back to the original trilogy released on the Nintendo 64.

Mario Party 4 has always been a personal favourite of mine and seeing the likes of Booksquirm, Trace Race and Three Throw pop up had me raising a very nostalgic driven smile. Since I have missed a number of releases in the past (namely the latter Gamecube entries) it was also cool seeing these minigames for the first time too. Included in the collection of minigames you’ll find ones that focus on timing, platforming, racing, shooting, button-mashing or simply come down to pure, dumb luck among others. You’ll also find a good balance between 1-vs-3, 2-vs-2 and every person for themselves situations. 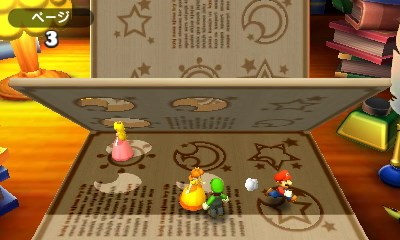 Each minigame works well for the most part on the Nintendo 3DS making use of all its features including buttons, gyroscope and touchscreen. The motion controls can feel a little imprecise for some games, however, such as racer Speeding Bullets where I’d often find myself grinding the side wall despite my best efforts. Thankfully there are far more minigames that opt for the touchscreen and buttons.

Just like past Mario Party titles, Mario Party: The Top 100 offers a handful of various modes. 100 Minigames mode stands out at the top of the menu screen in big bold writing but is merely an option that allows players to pick and choose any unlocked minigame they want to play. Sure, it’s an easy way to jump into some of your favourite minigames, but without any sort of overarching target or goal to tie it all together, the appeal will soon fade.

Minigame Match is perhaps the closest attempt at the traditional classic Mario Party experience, placing players on a small board but with everyone moving around freely at once. The aim is still very much getting as many coins and stars as possible while using items and playing minigames between turns, that aspect still remains. However, none of it feels particular fun nor worthwhile. For one the board itself is so small and devoid of character you’ll grow uninterested of it after one or two plays. 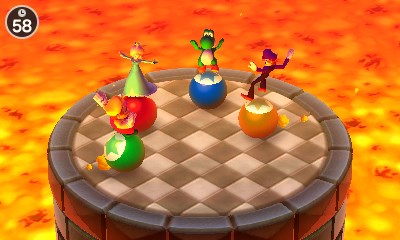 Whereas earlier Mario Party titles might only include five or six boards total, at least they were large in scale with a lot more going, making them far more replayable. In fact, what strikes as most bizarre is why the developers didn’t choose to include some old boards from past Mario Party titles in Mario Party: The Top 100, i.e. the ones that have you searching high and low for stars across deserts, jungles and toy-filled dreams. Since this is supposedly a celebration of the last ten games, why would they stop at importing over just the minigames and ignore such a big part of what made the older titles so memorable?

Championship Battles is essentially a game of who can win the most minigames out of three or five. Hardly inspiring stuff and something we quickly grew tired of after a handful of tries.

Decathlon is one of the better ideas in the game, where points are awarded based on performance. That means finishing a couple of seconds ahead of an opponent in Mario Speedwagons or leading by an extra three yards in triple jump adds extra points to your total. Unfortunately, there’s no option to select which minigames you play, meaning you’ll be repeating the same five or ten default ones over and over. 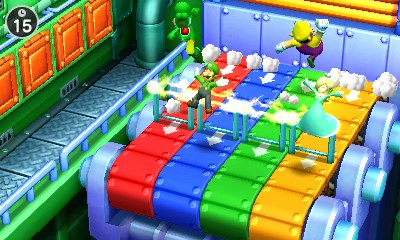 Mario Party: The Top 100 does include a single player specific mode but as you might imagine there’s very little fun to be had playing a Mario Party game on your lonesome. Spread over four worlds, you’ll tackle minigames one by one against computer-controlled opponents making sure not to exhaust your limited set of lives. That’s really all there is to it and beside unlocking minigames for play in other modes, there’s little to keep you engaged here.

Thankfully you can play all of the aforementioned modes with a single copy of the game, however, finding three others with 3DS consoles isn’t exactly the easiest of tasks anymore. Even when I did get a group together we couldn’t help but wonder how the series is much better suited for the big screen and not four smaller ones.

As I turned off Mario Party: The Top 100 for what would be the final time, I couldn’t help but feel let down by what I’d played. This was once a series I would often plan entire evenings around with friends and I felt no need to do that here at all. The experience feels a lot hollower than it should. Seeing the visuals and audio of older minigames upgraded for the 3DS was novel sure, but the overall package feels rushed. The modes unimaginative. The unlockable extras trivial. Even the character selection is limited to just eight slots. No Toad. Not even Donkey Kong.

Mario Party: The Top 100 could have been so much more. The minigame assortment is a strong one and a fun nostalgia trip for fans of the series, however thanks to the game’s underwhelming selection of single and multiplayer modes that enjoyment is short-lived. A rushed release that sadly squanders its potential. Here’s hoping an inevitable Switch entry can get the series back on track.