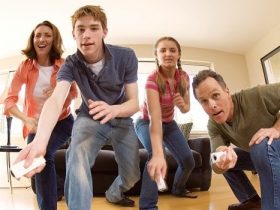 Nintendo have revealed that they are to release Mario Party 9 for Wii, unveiling the debut trailer and initial wave of screenshots for the title.

Further details remain light at the moment, but I’m sure it’ll remain to be similar in concept to previous entries within the series – blending minigames and board mechanics as you aim to beat your opponents.