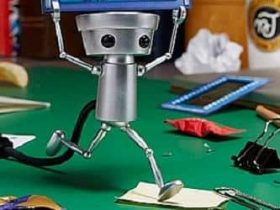 So, I have a confession to make. Mario Golf: World Tour has, in a matter of weeks, become something of an irrepressible addiction for me. As someone who has always had an aversion for the sport, that’s come as a surprise. Although, it at least gives you an early indication of the game’s overall merits.

Japanese developer Camelot is once again at the helm, the creative minds that conjured up Mario Golf, Mario Tennis and Golden Sun, and they have delivered an absolute corker. Mario Golf: World Tour is overflowing with character, even seen within the game’s loveable loading screens where Super Mario Bros. levels becoming golf courses with Goal Poles acting as holes. This notable charm permeates throughout the entirety of the game, characters wielding clubs in their own goofy ways, and the Mushroom Kingdom’s primary colour pastiche proving the perfect backdrop as you set out to demonstrate your golfing prowess.

Mario Golf: World Tour divides itself between two core modes: ‘Mario Golf’ which is geared toward shorter sessions where you can play solo, versus or take on other golfers online, and ‘Castle Club’ that allows you to play as your Mii and tee your way to glory. Players themselves will decide where to throw the most of their attention, although both modes have plenty to offer regardless of where they choose to sink the majority of their time. 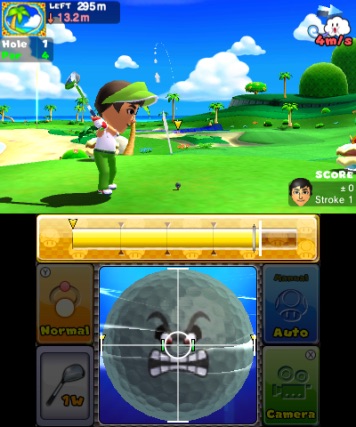 ‘Castle Club’ sees Peach’s Castle turned into an enormous clubhouse, filled with shops, locker rooms and a café, with Mushroom Kingdom characters breathing life into your surroundings. Outside, you can take a wander through the Royal Garden, hone your skills in practice games, or stumble on Kamek who can change your Play Coins into those that can be spent in-game on customisation items for your Mii. These are also earned through participating in Championships, Practice Rounds and elsewhere, and the items purchased can affect your Mii’s playing performance across parameters such as their drive distance, sweet spot and control. Items must be unlocked first, and this is a fairly slow process where podium success will see them become available one-by-one. Still, there’s a great variety even if your Mii will soon become a mishmash of unrelated styles.

Actually playing golf is relatively straightforward, and can be grasped quickly by any who pick the game up. That said, there are intricacies that must be noted to make sure that you can complete each course as successfully as possible. Differing camera views allow you to investigate where your shot is being directed, a yellow arrow indicating where it will land and a dotted white line tracing its projected trajectory. Although wind, terrain, and the gradient of the ground must be taken into account, the latter especially when putting to make sure you can curve your golf ball towards the hole.

Once satisfied, you’ll then activate a shot gauge that will automatically fill with the player choosing the amount of power to place behind it. You can choose either Auto or Manual shots depending on the degree of control you wish to have over precisely how you hit each ball. Manual allows you to determine power, impact, placing spin and choosing whereabouts the ball is struck. It carries more risk, with players potentially fluffing their shots if they mistime their efforts, but detailed tutorials will allow you to see which you feel is best. Buttons or the Stylus can be used, so that choice is again down to the player. 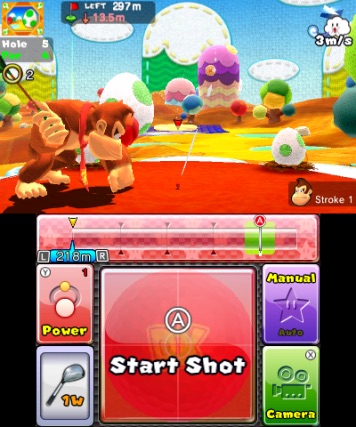 Mushroom Kingdom items can also be collected, awarding you with the chance to use Special shots. These include the Bullet Bill, the Ice Flower, which creates patches of ice that allow you to bypass hazards, and the Dash Mushroom grants your ball a mini-boost.

‘Mario Golf’ throws Stroke Play, Match Play, Speed Golf and Point Play game types at you, seeing you compete for the lowest stroke count, winning the most holes, completing courses in the fastest time, and looking to secure more points than your opponents respectively. There’s credible variance here, yet it is the additional Challenges that I enjoyed most.

These see you rewarded with special Star Coins for achieving a mixture of objectives, whether that be collecting coins scattered on the course, blasting your golf ball through golden rings, or besting specified characters by going head-to-head in a round. They prove themselves to be more than superficial too, often revealing Warp Pipe shortcuts and other hidden secrets spread across the game’s impressive selection of courses. 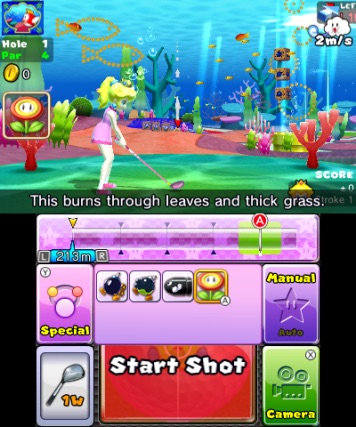 Versus matches can be played against others locally, directly with those on your 3DS Friend List, or a Community Match with those generally online. This is taken one step further in Tournaments, where you can upload your scores to compete against those set by others. The integration here is appreciated, and will hopefully encourage many to take their golfing experience into the online arena to see how they’ll fare against the world.

You’ll play across the standard Forest, Seaside and Mountain courses, whilst also discovering a striking difference in those more directly inspired by the Mushroom Kingdom. Peach Gardens has the aforementioned Warp Pipes that blast your golf ball closer to the hole, the patchwork Yoshi Lake has platforms that bounce your ball along its trajectory, and Wiggler Park making you microscopic with giant Goombas looming overhead.

Whilst Nintendo’s announcement that they would support Mario Golf: World Tour with add-on content was divisive, the opportunity to purchase additional characters and courses to extend your experience is a welcome one. However, it must be reiterated that Mario Golf: World Tour is already wholesome enough, with plenty to keep you occupied regardless of whether you invest further or not. If anything, it could certainly take you a while to best Sky Island Path’s One-On, One-Putt Challenge. It’s fairly intimidating…

Dust off your golf clubs and enlist a hapless caddy, as Mario Golf: World Tour presents the most comprehensive entry in the series to date. The Mushroom Kingdom’s finest continue to shine, and after a decade stuck in the bunker, it will have you swinging your clubs for hours on end.