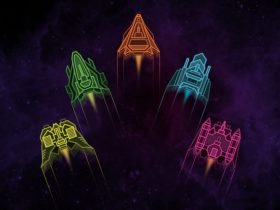 Nintendo and SEGA have revealed a release date for Mario and Sonic at the Olympic Games Tokyo 2020 on Nintendo Switch.

You will have the chance to play as Mario, Sonic, Yoshi, Amy Rose, Luigi, Dr. Eggman, and many more, as you go for gold in action-packed sports games.

There are four new events that have been introduced in Skateboarding, Karate, Surfing, and Sport Climbing.

And, the game supporting both button play and motion controls in multiplayer game modes – whether that be with up to four players locally, or up to eight online.

Mario and Sonic at the Olympic Games Tokyo 2020 will release exclusively for Nintendo Switch worldwide on November 8th.