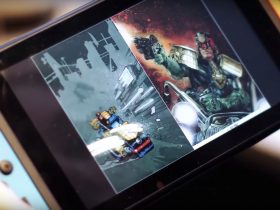 Koei Tecmo and GUST Studios have confirmed that Fairy Tail has suffered a second delay on Nintendo Switch, due to an impact on the game’s development from COVID-19.

“Due to the ever-changing world disrupted by COVID-19, Koei Tecmo and Gust Studios are pushing back the release of Fairy Tail until July 31, 2020,” the publisher shared in a message posted on Twitter.

“The development team is working extremely hard through an unprecedented time to deliver the ultimate magical JRPG experience to fans across the world and we appreciate everybody’s patience as we put the final touches on this thrilling adventure.”

With the chance to build your five-character dream team from more than 15 playable characters, you will adventure across the Kingdom of Fiore in your quest to raise Fairy Tail to become the best guild in the region.

Fairy Tail will release for Nintendo Switch in Europe on 30th July 2020 and across North America on 31st July 2020.