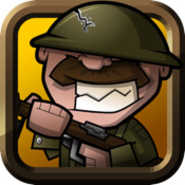 Koei Tecmo and GUST Studios have released a new trailer for Fairy Tail which will soon see release on Nintendo Switch.

With the chance to build your five-character dream team from more than 15 playable characters, you will adventure across the Kingdom of Fiore in your quest to raise Fairy Tail to become the best guild in the region.

Fairy Tail will release for Nintendo Switch in Europe on 30th July 2020 and across North America on 31st July 2020.