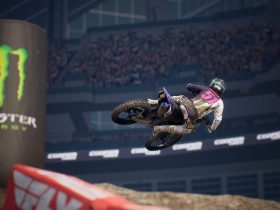 This would suggest that 2K Games has finalised a port for the open-world action-adventure game that’s being readied for release on the portable home console.

The Game Rating and Administration Committee has previously leaked Nintendo Switch ports for Catherine: Full Body and XCOM 2 Collection, among others, before they were officially revealed to the world.

Mafia II was originally released for PlayStation 3, Xbox 360 and PC in August 2010, and received a port to Mac OS in December 2011 that developer Feral Interactive had handled. That will be a name familiar to many for their recent efforts to port Alien Isolation and GRID Autosport to Nintendo Switch.

The game is set in Empire Bay where, as World War II continues to rage in Europe, Vito Scaletta has started to make a name for himself on the streets as someone who can be trusted to get the job done.

Along with his friend Joe, he wants to prove himself to the Mafia and quickly escalate up the family ladder through successfully performing crimes of larger reward, status and consequence.