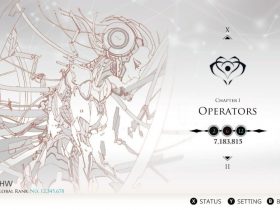 Cytus Alpha Beats Out A Rhythm On Nintendo Switch

Within their first developer update, Maestro Interactive have confirmed three games that they will be bringing to the Wii U’s Nintendo eShop this year.

Next up is Wii U exclusive Fade into Darkness, an auditory exploration game that takes inspiration from Myst – with audio being the “driving force” behind the gameplay experience.

Lastly, Cosmic Highway is a five-player racer, with each of the game’s five characters having their own musical style and abilities. In-game music reflects whoever’s in first place, with classical music playing, for instance, if such character was in the lead.

It’s certainly great to see such growth with independent developers supporting the Wii U, and with Nintendo actively encouraging engagement hopefully this will continue.