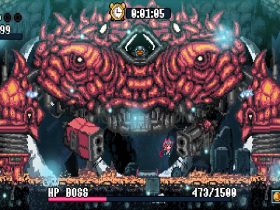 Nintendo of Europe has announced a Luigi’s Mansion 3 digital pre-order bonus, rewarding those that are interested in buying the spooky adventure on the Nintendo eShop.

Until 3rd November 2019, those that choose to pre-order on the Nintendo eShop will be given double the amount of Gold Points that they would normally receive on the My Nintendo rewards service.

That means that spending £49.99 on the Nintendo Switch exclusive will reward you with £5 (€6) worth of Gold Points, rather than the £2.50 (€3) that you would normally get for the digital purchase. These will be added to your account “within one week of the game’s release.”

However, those that use a Nintendo Switch Game Voucher to download the game should expect to “receive a bonus that equates to half of the above-listed value.”

You can then use the Gold Points to buy or discount another Nintendo Switch game that you have your eye on.

After receiving an invitation to a luxurious hotel, Luigi sets out on a dream vacation with Mario and friends. However, his dream soon becomes a nightmare when King Boo reveals that it was a plan to capture them all.

The ScareScraper mode can be played online or locally with up to eight players on four Nintendo Switch consoles, challenging players to clear objectives on a series of floors within the time limit.