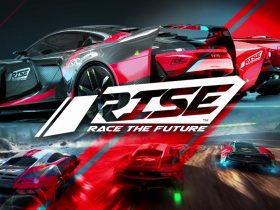 When cities and mountains start to fade into a white void that the world’s people call Lost, there is widespread concern about the ominous threat that they have suddenly been faced with. After witnessing this same phenomenon affect his hometown Elgarthe, the mysterious and restorative power of Memory stirs in Kanata, a self-taught swordsman and this adventure’s main character, who sets out to restore the world using his unexplained gift.

Lost Sphear is the second game to come from developer Tokyo RPG Factory, a studio that Square Enix had created with the sole mission to produce games that would capture the magical essence that the golden era of Japanese role-playing games had once more. I Am Setsuna was their first effort, delivering an emotional story of bravery and sacrifice in which a young woman wandered on an arduous journey to sacrifice her life to save the people of her land.

It is clear that lessons have been learned from the response to their debut project, seeing as Lost Sphear seeks to deliver improvements in nearly every way imaginable while throwing new ideas at you as an effort to provide the game more of an identity. Where I Am Setsuna wove a hauntingly sorrowful tale, the developer has gone all in to right some wrongs while delivering a sweeping narrative that isn’t without its surprising twists and turns. 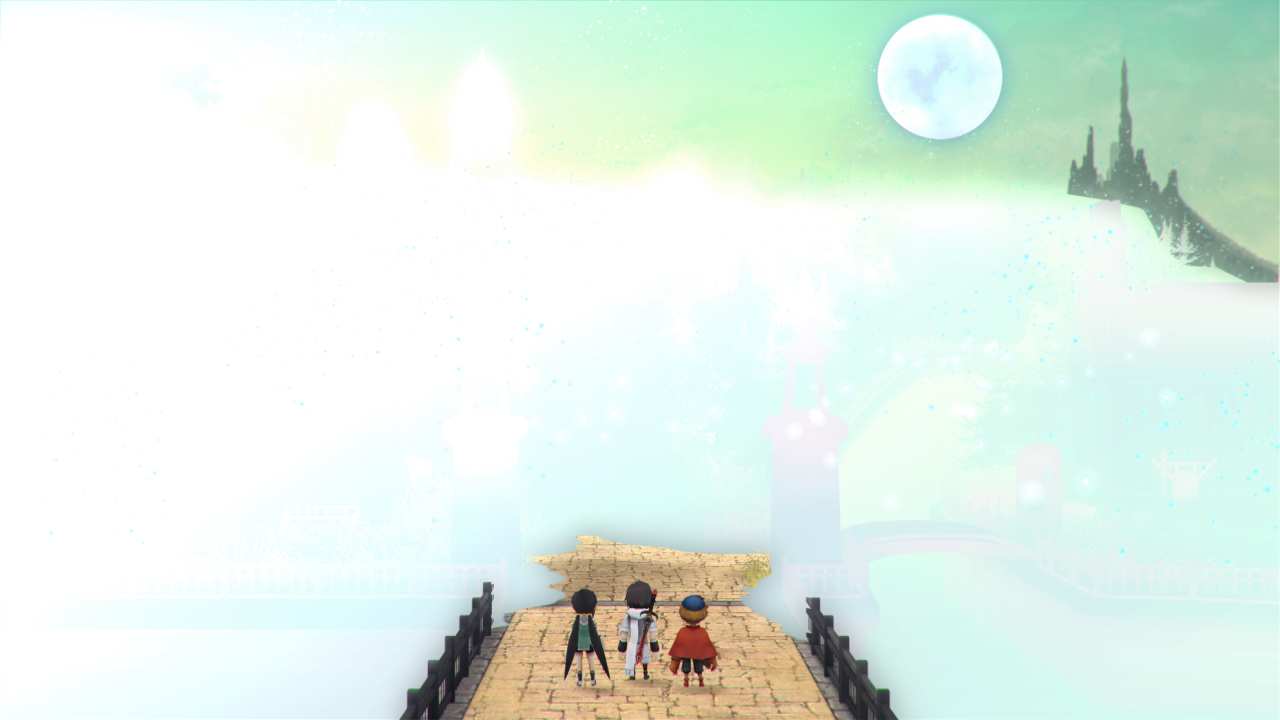 I would argue that the narrower vision that the developer had for I Am Setsuna resulted in a tighter experience, as their heightened ambition and widened scale with Lost Sphear results in a tale that never captivates in the same way. That’s not to say that the central characters are dramatically worse, nor to deny that the premise isn’t riddled with enough intrigue to spark your curiosity. It’s just a less intimate journey, and the events that unfold are not only predictable but they’re too readily accepted without question by characters who are suddenly faced with preventing the entire world from disappearing. It is Kanata’s subdued character that I would criticise the most for that, even if there’s enough strength and heartfelt camaraderie from the surrounding cast to carry everything along.

Beyond that, Lost Sphear plays out like what you would expect from a classically-styled role-playing game. You’ll trek back and forth between villages, cities and caves on the world map, and, even here, you will come across widespread areas that have become Lost. This is where Lost Sphear’s first novel idea comes into play, as Kanata uses his newfound power to restore Artifacts. These are connected with an interesting gameplay mechanic that sees the relics that you rebuild provide buffs, debuffs, and other rewards to your party. That can be a minimap, to show the enemy’s HP and ATB Charge in battle, or increased movement speed on the world map, for example.

You will unlock new Artifacts to build as you progress further into the game, and it soon starts to become interesting when you have access to those that can stack. This can see your party’s ATB Charge be partly filled whenever you score a critical hit, which, coupled with another Artifact that increases your critical hit rate when activating Momentum Mode, can soon lend you a tactical advantage in battle. 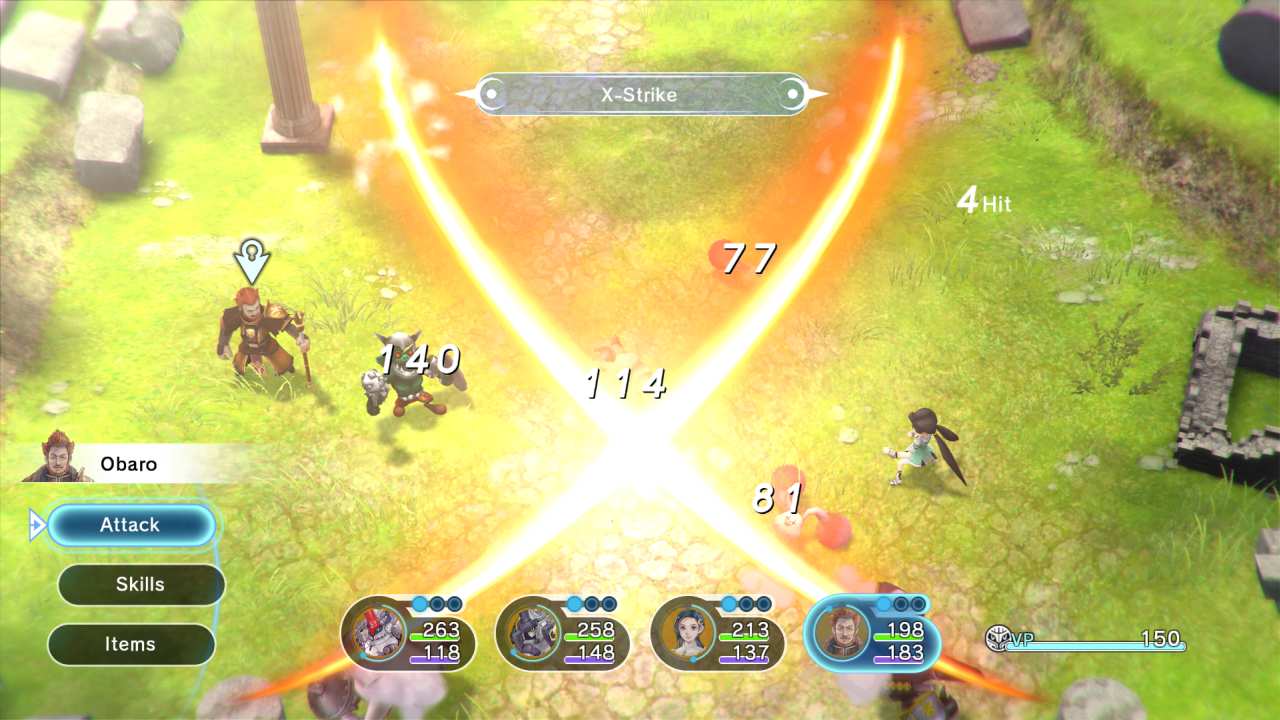 Lost Sphear has numerous quality of life improvements compared with I Am Setsuna, too. Tapping the R Button will let you chat with your party to read pointers on where to go next, which is more than helpful for when you return to the game after being distracted by something else. You can quicksave, meaning that you don’t have to hunt around for save points in dungeons or inns. You can change the difficulty setting between easy, normal, or hard depending on whether you’re finding battles too tricky. Dialogue can be fast-forwarded or rewound, and, for those that want to while away some time angling, there’s even the chance to cast your fishing rod into watery expanses to catch some fish.

Your encounters with the game’s many enemies and bosses continue to use the Active Time Battle system, but, this time around, you can freely move your characters when it’s their turn to act. This is hugely beneficial because it plays into the fact that each character’s attack area is now displayed, and, if you take time to position them, it presents the chance to damage multiple enemies at once. The attack areas are different for each character, some laying waste to a small circle while others can damage anything that lies in a column directly in front of them.

The Momentum Mode makes a return, which is something that you see steadily building around each character’s portrait. Once complete they earn a Momentum Charge, that, when they attack, will see a blue flash appear. Hitting the Y Button at this point will activate Momentum Mode, using up a charge to inflict increased damage and other effects. The developer has overhauled the Spritnite system that was implemented in I Am Setsuna, and, while Skill or Counter Spritnite are still equipped into allocated slots to lend characters new skills and special attacks, each can be equipped with a Momentum Spritnite. To keep it as simple as I can, doing so will let you use Momentum Mode with whichever skill these are added to. 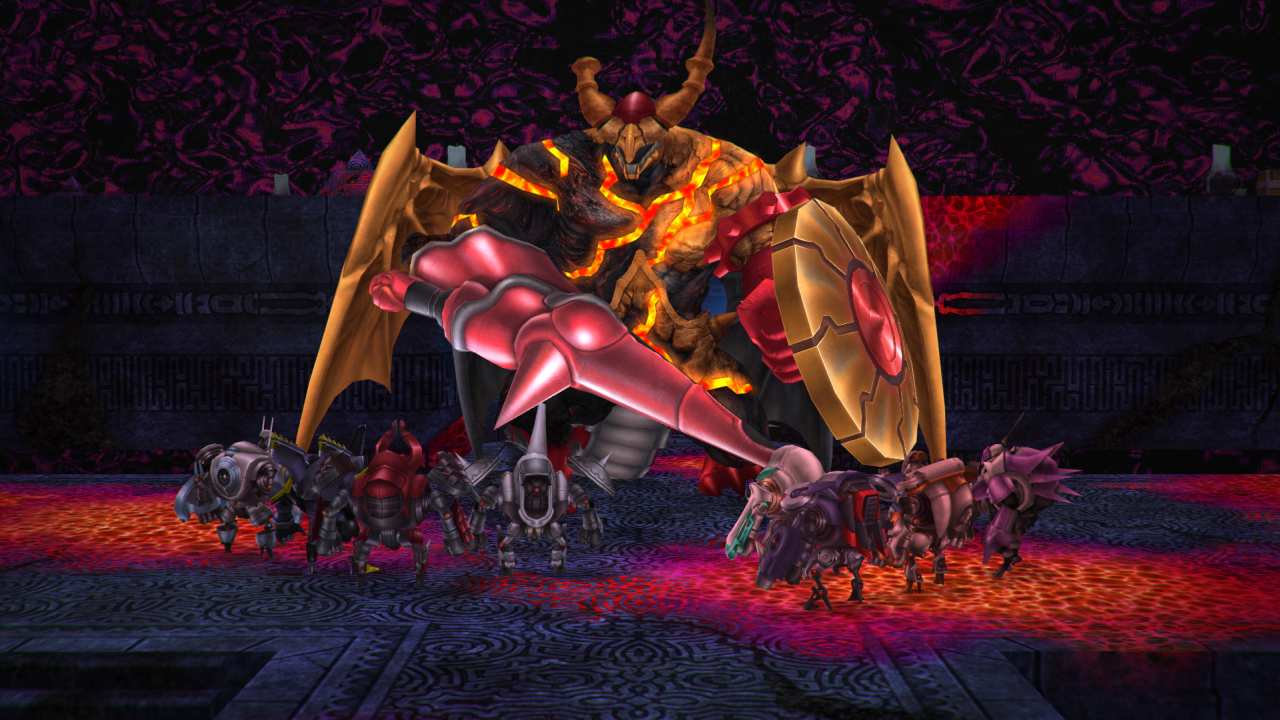 While you will look to weapons, armour, and levelling up to strengthen your party, the Spritnite present the chance to adapt the game to your own playstyle. You can also choose to fortify your weapons and armour to make them more potent or hardier, which is a simple, if expensive, process that uses coloured Spritnite. There are ten different colours, and each can be used on a piece of equipment once – meaning that they can be fortified up to ten times. But, this doesn’t change the fact that weapons and armour in later areas will have higher base stats to improve upon.

The Memories that you retrieve from enemies or that are plucked from certain conversations can be used to create new Spritnite at the Magic Consortium, or are relied upon to overcome some light puzzle instances in the game. These are never particularly troublesome, and normally require that you take down groups of enemies before you can restore a Lost object or walkway needed to continue in your quest. You will soon retrieve Vulcosuits, too, which are mechanised suits that can be equipped outside of battle to smash boulders and increase your movement speed, or in combat to raise your character’s stats and unleash powerful attacks called Paradigm Drives. The existence of Vulcosuits, like many things in the game, is never sufficiently explained, but they add another layer of strategy to the whole experience.

There is a clear graphical step up in both the characters and the world that has been created for Lost Sphear, as the developer continues to learn how to squeeze more out of the Unity engine. But, another area where the game disappoints is the soundtrack that has been penned by composer Tomoki Miyoshi, which, compared to his work on I Am Setsuna, isn’t particularly memorable aside from a handful of tracks.

Take a step back though, and it’s easy to come to appreciate the long strides forward that Lost Sphear has made toward compared to the previous game. There are far more daring ideas here in comparison, resulting in a game that has plenty of comprehensive systems at play to delve into, even if the story that it looks to impart isn’t as meaningful. Those looking for a classic role-playing game to sink some time into on Nintendo won’t go far wrong in considering it, but remember that it isn’t without its flaws.