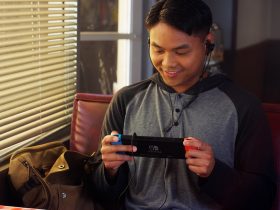 Two years after the original Donkey Kong hit the arcades, the late Douglas E. Smith brought his own set of ladders and platforms to the infancy of home gaming entertainment. It was called Lode Runner and was eventually picked up by the now-defunct Bøderbund Software to be released for the likes of the Apple II computer and Commodore 64. Despite initially being rejected by the American gaming company it became a commercial hit, selling over 250,000 copies on the Commodore 64 alone. It soon managed to journey to eastern shores and saw a release on the Famicom in 1984 under Japanese gaming company, Hudson Soft.

Fast forward 35 years and the spirit of Douglas E. Smith’s creation rides fluidly throughout the veins of the Tozai Games-developed Lode Runner Legacy. So much so that it even includes the original 150 stages, along with an easy to use level editing tool in homage to the original title. After all, it was one of the very first games ever to implement such a feature, so it’s only fitting that it is added here too.

The premise is very simple. You wander around a series of single-screen environments, climbing and descending ladders to collect all the gold littering each stage. Unlike most platformers, you don’t actually possess the ability to jump. Instead, your only perk is to dig the ground from either side of your character but never directly underneath him. This leads you to pay attention to the layout of each stage because breaking the wrong block or getting yourself stuck in a gap will either get you killed or force you to restart the level from scratch. 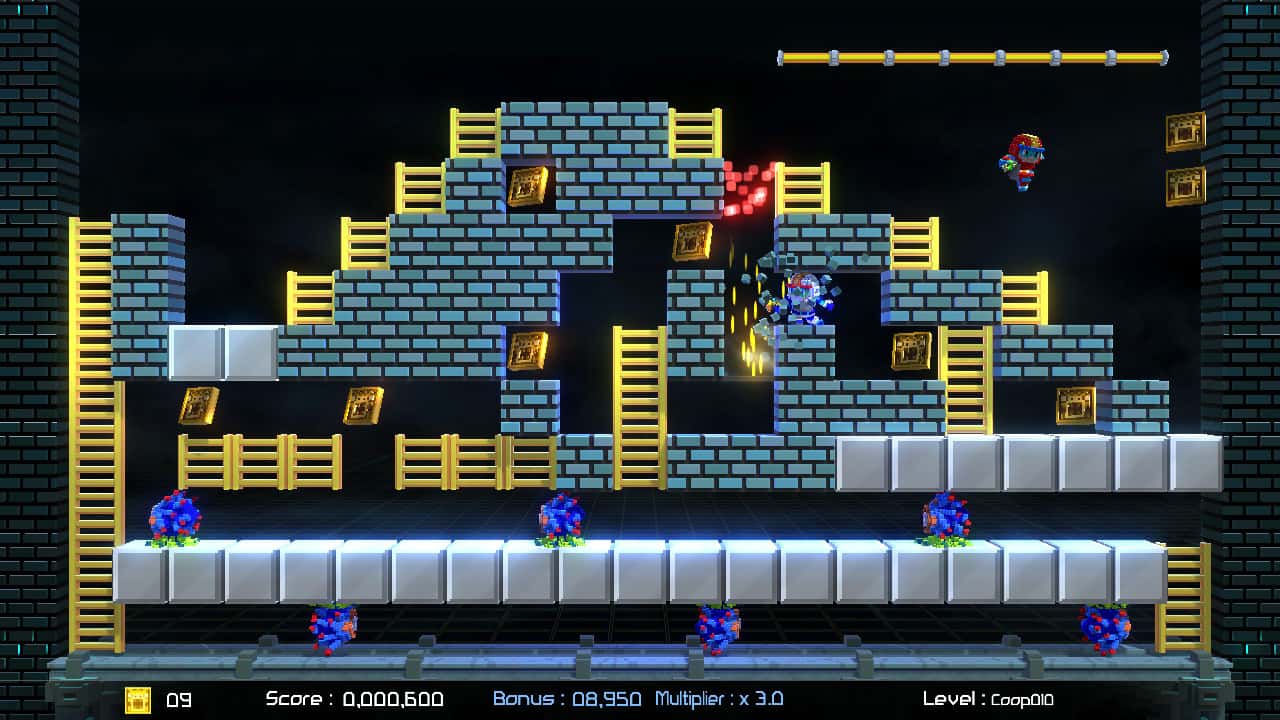 The enemies that seek to dampen your stride come in various forms and patterns. The most notable foes are the Chasers, whose reactions are based on your movements in an aim to catch you off guard. These particular enemies can temporarily fall into gaps that you have unearthed, giving you the ability to casually walk over their head to get to areas that may be otherwise unreachable. Learning how the enemy moves is key to your success and can allow you to trick their movements to position them in your favour. You can even temporarily destroy an enemy by trapping it within a cavity just before a block is ready to respawn back in place, bagging you some extra points in the process.

It all leads to some good old vintage arcade-style platforming that still manages to hold up well even in this day and age. While each level is short and sweet, there is a whole gang of them to dig through. The adventure mode has 50 levels to loot, while an extra mode will throw an another 20 of them at you. If you are into the puzzle side of things, then there are 20 of those here too that will keep you happy in short bursts without the worry of creepy stalker men chasing you down. You then, of course, have the classic 150 levels that stay within a faithful stride to the original. There’s plenty here to work through, and I haven’t even got to the level editing yet. 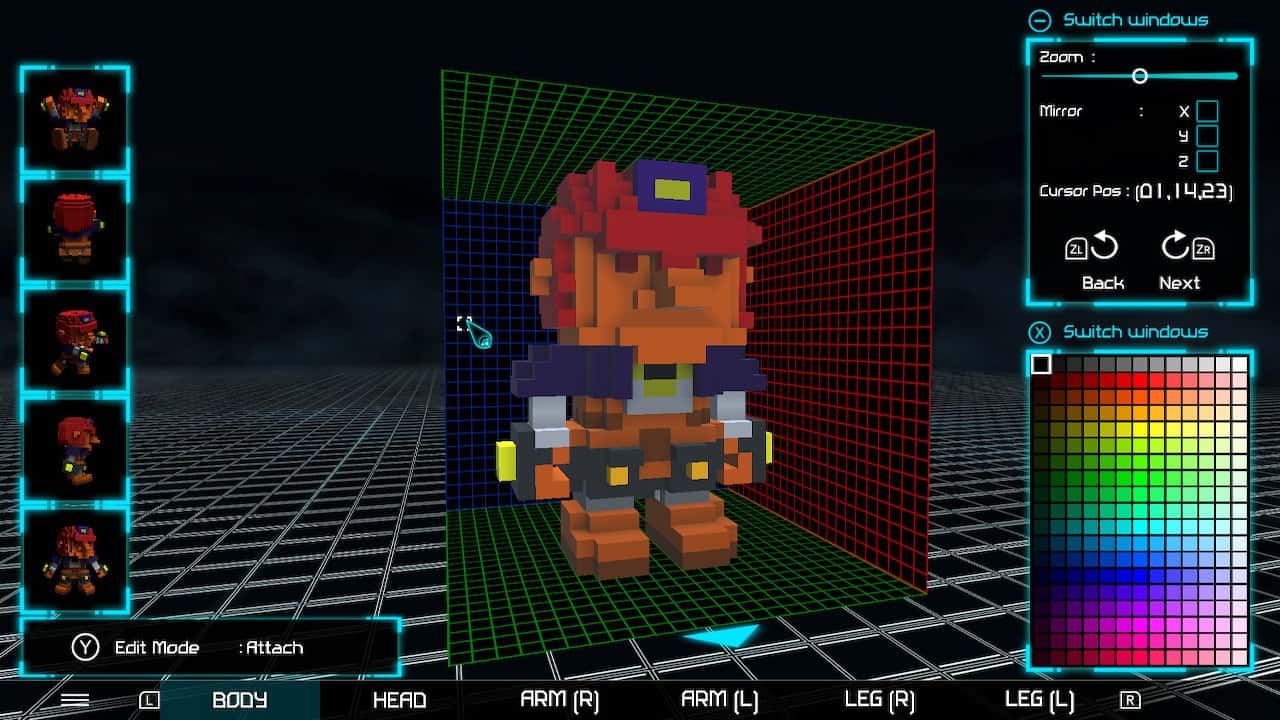 Before I do delve into the crafting side of things, it’s worth noting that the local multiplayer element is easily overlooked, but a fantastic little feature none the less. You and a buddy can work together across 30 team-focused levels in an effort to snatch that lovely treasure. Couch co-op communication comes especially in handy when it comes to working out how to reach that horizontal wire to dangle across or to find the order of blocks to dig your way towards success. It’s a great little addition, and one of the standout points of the title.

The whole crafting feature is very easy to use and obviously well thought of. Lode Runner Legacy takes notes from Minecraft on how you can easily construct your own character out of blocks to form a pixelated rendition of your creation. I created a Ganondorf character along with a level based on the Triforce to see how well it all caters together. There’s also the ability to create your own collectables and enemy types, all of which can be either uploaded for people to download, or implement into the other various modes in the game. It’s a great little feature that you can sink plenty of hours into and will only ever allow you to upload your level once completed. 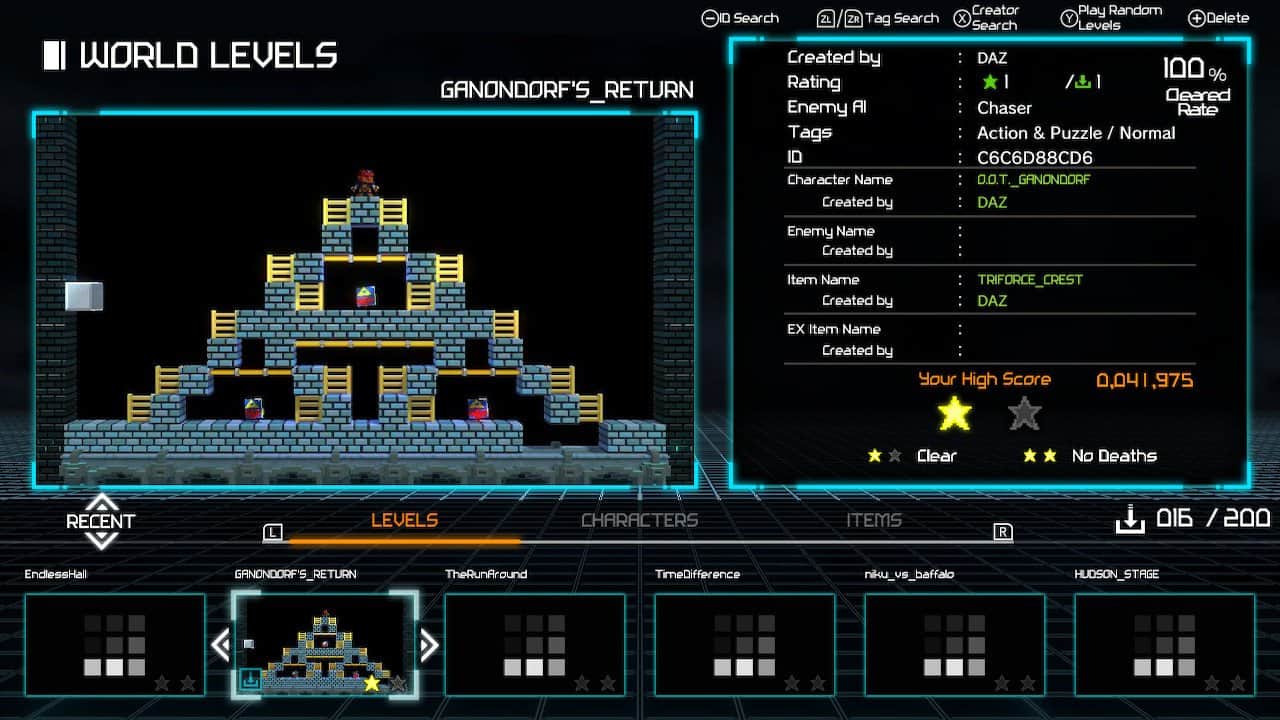 The only real negatives that I found was in how long it can actually take to display other players’ creations. You can be sat there for a good while waiting for a selection of stages and characters to buffer into place. I also found the main adventure mode to take a while before the difficulty really kicks in, blasting through a good 30 levels before I had to really think about my route. To be fair, gaining all three stars on each stage can be quite tough and moreish at the same time, while the original 1983 levels provide their own challenge and style. Despite loving its simple, yet timeless premise, I could see it feel a bit samey and a little uninspiring for some of the more modern generation of gamers.

As for myself, I do love a bit of retro gaming, and Lode Runner Legacy does a great job at supplying plenty of content around its basic gameplay structure. If you want to experience a bit of gaming history, then this little title may very well be up your ladder. It plays great on the TV and its quick fix gameplay works perfectly for a handheld. Sure, it may not tickle the taste buds of those seeking complexity, but with a great building mechanic and tons of levels to play through, there’s plenty here to keep you occupied under a tight budget.