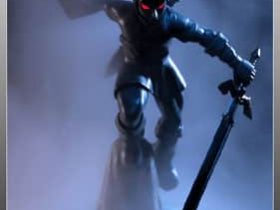 Production company Corridor Digital have produced a four-minute live-action short inspired by The Legend of Zelda.

The live-action short, titled Link’s Shadow, sees a group of hunters stumble upon a dark figure ensnared by a bear trap. Closer investigation sees it spring to life, attacking those within the nearby vicinity before fleeing.

An elder clansman casts a beacon in an effort to summon Link to save them, as Dark Link neutralises his pursuers. Link soon arrives, but there’s a twist that many most likely won’t be expecting.

February 1, 2011
Do NOT follow this link or you will be banned from the site!