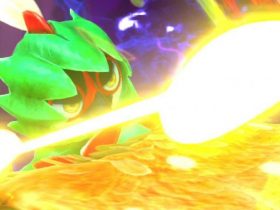 Koei Tecmo and GUST Studios have revealed more information about Atelier Ryza: Ever Darkness and the Secret Hideout.

The upcoming role-playing game will start an all-new storyline arc in the Atelier series, following teenage tomboy Ryza who dreams of escaping her mundane village lifestyle with her band of mischievous friends.

Ryza will come to rely on her newfound powers of synthesis, using them to create items that will help her overcome any obstacle in her path and the threat that her beloved hometown now faces.

The synthesis interface has been completely revamped, clearly displaying the required materials and effects that can be added to items at a glance.

This Linkage Synthesis system has a fixed number of cells that players can unlock through strategically placing items, resulting in different results that are imbued into the final product – with special change recipe cells to uncover to unlock new recipes.

And then, the new Item Rebuild process will let you use the items that you create again during synthesis. This can make it stronger than when it was originally built, in that the more times an item is rebuilt the superior it becomes. It will also increase the amount of dexterity required, which will limit which characters can use them.

Atelier Ryza: Ever Darkness and the Secret Hideout will release for Nintendo Switch in North America on October 29th, and in Europe on November 1st.