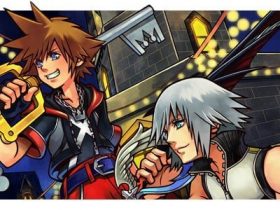 While LEVEL-5 have seen resounding success with Youkai Watch 2 in Japan this past year, studio president and CEO Akihiro Hino has shared that they’re hoping to score an even bigger hit in 2015.

They have a “new title” underway that is unlike anything that they have done before, for which Hino teased that he wanted it to resemble things that he enjoyed as a child although modernised for today’s audience. As with Youkai Watch, this will be another transmedia project, encompassing games, anime and manga.

“It takes a lot of time to craft new installments of Youkai Watch, but on some weeks, we’re actually spending more time on our new title,” Hino explained to Wedge Infinity. “Around this time next year, I think we’ll have something out that’s different not just from Youkai Watch, but anything else we’ve ever done before. 2015 is going to be yet another big year of change for us.”

He then added, “2015 will be a year where we usher in a hit bigger than Youkai Watch.”