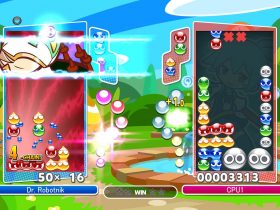 Dismayed to discover that the closest pizza places are located beyond the nearby Graveyard, Forbidden Forest, and Crystal Caves, Letter Quest Remastered challenges Grimm with journeying through such treacherous terrain to satisfy his appetite.

With monsters blocking your path at every turn, wordplay is the power that you will call on to help defeat them. This turn-based puzzle RPG will test your linguistic skills, as you form words from the letter tiles that you are granted with each turn.

Valid words are highlighted in blue, and players will want to make as long a word as possible to deal more damage to the monstrous menace that they face. Letters themselves are graded as bronze, silver, or gold, indicating their rarity and how much damage they will deal. Letter Quest Remastered soon becomes trickier after it throws in cracked tiles that don’t deal any damage, plague tiles that can spread, and poisoned tiles that will harm you if used. 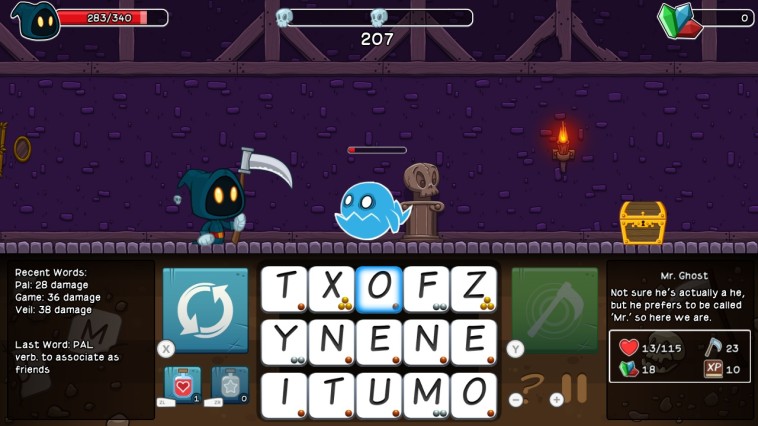 Treasure chests will litter your path, with players tasked with guessing the whole word to secure a prize plucked from their confines – whether that be potions that restore health, protective shields, or Gems. These rewards aren’t particularly useful in the easier, early stages, but certainly prove invaluable as Letter Quest Remastered starts to ramp up the difficulty.

A Star is earned for each stage that you complete, but you will have to replay them with modifiers to unlock more. These may add time limits, ban specific letters, or see enemies deal double damage, but, once three Stars are earned, you will have the chance to take on the ‘ultra-tough’ Crystal Star. This can make all monsters their ‘elite’ version while adding special conditions in order to defeat them – such as only taking damage from words that contain 2 or more corner letters.

Whether unlocking stars, toppling enemies or completion optional Quests, everything that you do will see you steadily secure gems. These can be spent at the store, where merchants that you rescue on your adventure will sell their wares to you in exchange for gems. This allows you to increase your health and damage dealt or to reduce damage taken, as well as buying potions, Rose as an alternate character, and sturdier weaponry. 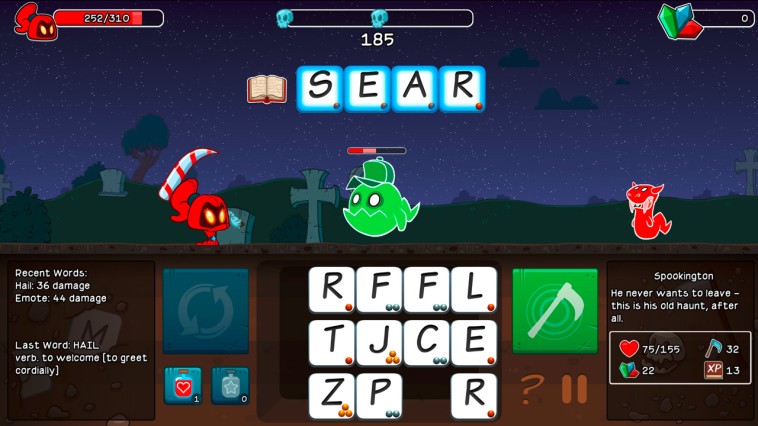 With more than 40 stages to battle your way through, Letter Quest Remastered‘s only fault is that the experience can be over all too quickly. An Endless mode looks to elongate this, but it isn’t enough to retain your interest long after completion.

The gameplay concept in Letter Quest Remastered is executed well, particularly in making sure that the port successfully implements the Wii U GamePad’s touchscreen. But the letdown lies in brevity, with Grimm’s journey for pizza ultimately leaving us hungry for more.