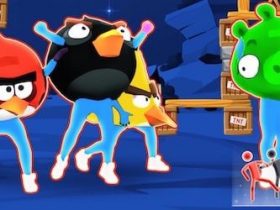 Nintendo of America’s Krysta Yang takes you on a tour of the company’s E3 2014 booth, which is slightly less extravagant than last year’s life-size, diorama-populated space.

Super Smash Bros. for Wii U and 3DS unsurprisingly take centre stage, with attendees able to play using the GameCube controller and put the new amiibo figures to use.