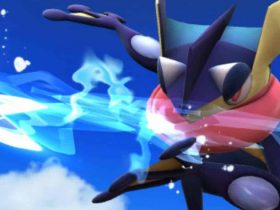 Your quest toward the Misty Mountains will soon begin anew, with LEGO The Hobbit having now been confirmed for an April release.

Taking inspiration from Peter Jackson’s trilogy rather than directly from J. R. R. Tolkien’s novel, the game, developed by TT Games, will be based upon the first two films – The Hobbit: An Unexpected Journey and The Hobbit: Desolation of Smaug.

This traces the adventures of Bilbo Baggins, Gandalf the Grey, Thorin Oakenshield, and their Dwarven company as they travel across Middle-earth to Erebor.

LEGO The Hobbit will see release on Wii U and 3DS across North America on April 8th, and Europe on April 11th.