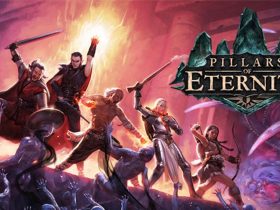 Pillars Of Eternity Out On Nintendo Switch In 2019

This first SHAZAM! Movie Level Pack presents the chance to jump into the action and start your journey as Billy Batson and Freddy Freeman in their efforts to fight the evil Dr. Sivana.

You can transform Billy into Super Hero Shazam, using his powerful abilities of flight, strength, projectiles, electric beam, and more. You can also transform Freddy and take on Shazam powers, as well as unlocking the four characters who embody the sins of man – Gluttony, Wrath, Pride, and Envy.