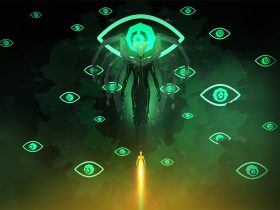 These Legendary Pokémon bear strong resemblances to Articuno, Moltres and Zapdos, and will appear in The Crown Tundra, the second part of the Pokémon Sword and Pokémon Shield Expansion Pass.

“These Pokémon seem to bear Ice-type, Electric-type, and Fire-type characteristics, respectively, and were previously thought to be the same as the Articuno, Zapdos, and Moltres seen in other regions,” The Pokémon Company International explains.

“Recently gathered data from reported sightings and other sources about the Pokémon have bolstered the theory that they are, in fact, distinct variants.”

Once every several decades, this migratory Pokémon appears in the Crown Tundra. Galarian Articuno’s signature move, Freezing Glare, is a Psychic-type special move in which the Pokémon attacks by firing psychic power from both eyes. This move may also leave the target frozen.

Once every several decades, this migratory Pokémon appears in the Crown Tundra. Galarian Moltres’s signature move, Fiery Wrath, is a Dark-type special move in which the Pokémon transforms its wrath into a fire-like aura to attack. It may also make opposing Pokémon flinch.

Once every several decades, this migratory Pokémon appears in the Crown Tundra. Galarian Zapdos’s signature move, Thunderous Kick, is a Fighting-type physical move that overwhelms the target with lightning-like movement before delivering a kick. This also lowers the target’s Defense stat.