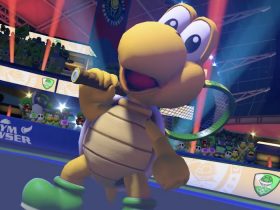 It will challenge players to guide square-shaped fairy Midnight to safety through 70 levels, leaping over and under spikes, circular saws, and other dangerous objects to survive in a world filled with danger.

If that sounds familiar, it is set within the same world as 36 Fragments of Midnight – which was released on Nintendo Switch in September, and we weren’t particularly impressed with in our review, writing: “Lacking in challenge and replayability, it fails to shine bright enough to guide you away from more worthwhile games.”

Midnight Deluxe will release on the Nintendo eShop for Nintendo Switch worldwide.