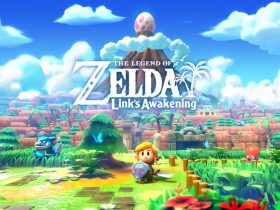 Famitsu’s The Legend of Zelda: Link’s Awakening Review Score Is In

NIS America and Nippon Ichi Software have announced that Lapis・Re・Abyss will be renamed Lapis x Labyrinth for the game’s international release.

Hit with hard financial times, a small village in a small kingdom realises that they are sitting on a treasure trove.

Your customised crew of adventurers must dive into a Labyrinth built above a forest that shimmers like gold in your search for such treasure.

You will come to rely on the creative stacking mechanic to flip between up to four adventurers on the fly, for the chance to use their individual attacks.

Lapis・Re・Abyss will release for Nintendo Switch in Japan on November 29th.