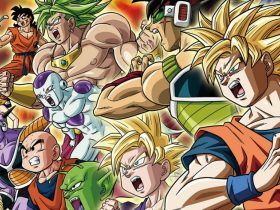 Having directed esteemed genre classics Ikaruga and Radiant Silvergun, news that Hiroshi Iuchi and his team at G.rev were to shape a shoot ’em up experience for Nintendo 3DS was understandably met with feverish anticipation by many.

Kokuga is the result of such plans, players finding themselves assigned as the operating crew of a compact mobile tank, tasked with participating in war simulations and training exercises prior to deployment. One year ago your great nation, referred to as “A,” became embroiled in a war against the neighbouring country “I,” and the game’s mournful opening lays shame on humanity continually falling into such petty skirmishes and repeating the same mistakes seen throughout world history.

“In times of peace, men preach the sacredness of life. In times of war, the same men demand that others surrender their lives… In the end, the sole conclusion is that humans are incomprehensible creatures.” 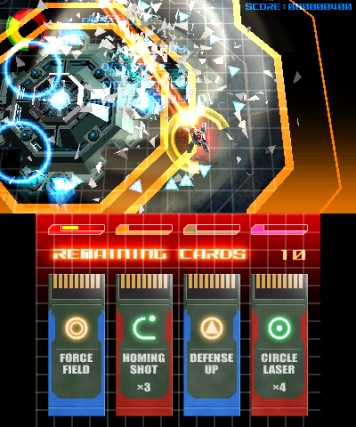 Whilst such narrative element doesn’t go far beyond the opening cinematic, this frightfully poetic lament proves a startling reminder of the costs of war – something that other genres daringly seem to glorify at times.

Kokuga‘s a game of precision, players manoeuvring their tank as they turn its turret to unleash calculated shots on enemy towers, tanks and drones whilst dodging incoming fire. Switching things up are a randomised set of 20 attack and support cards granted to the player at the start of each stage. These are dealt five at a time and accessible at a tap of the touchscreen, temporary bonuses rewarding you with multi-shot cannons, stealth cloaks, and regenerative shields. Using these sparingly becomes key, aiding you in the more difficult sections later in the stage.

Similarly novel is Kokuga‘s level progression structure, which is built as a pyramid. The player chooses any of the 12 regular stages as their starting point (listed as A through to L) and upon completion can either move on to any stages adjacent to them, or replay the same stage at a higher difficulty – your ultimate goal being to face a real-world setting boss stage at each corner. 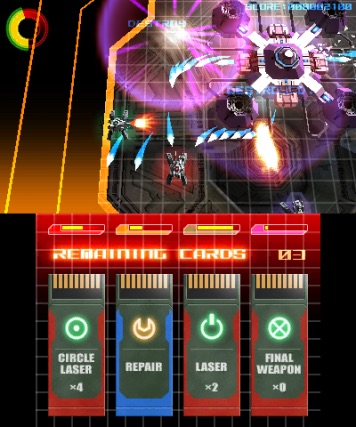 The marvel of this being that reaching such boss fights can be as long a process as you wish – starting adjacent to them means you can access them speedily, whereas beginning further from them means you can delve into more of the game’s content.

Bosses themselves are particularly taxing battles that see players successively chipping away at specific weak points to dispatch their foe. Beyond this a local multiplayer mode, supported by Download Play, allows you to team up with up to four players to tackle similar stages whilst still being able to use cards as per usual.

Despite Kokuga‘s clear strengths, the visual design of levels lack variety and each can easily prove too difficult to conquer even on normal difficulty. You often end up reaching the end boss fight with little health, having already used up cards that could’ve granted health recovery which proves a frustration, though experienced players will welcome such leveraged challenge. Still, it’s recommendable and easily among the best that the Nintendo eShop has to offer, just be prepared for tough opposition.