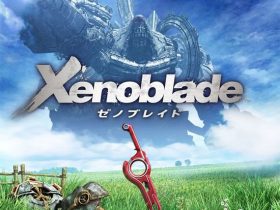 Kirby’s Adventure Wii – or Kirby’s Return to Dream Land as it is known across North America – sees the series more or less return to its roots, a somewhat puzzling departure considering the well-received artistic direction and forward-thinking approach undertaken for Kirby’s Epic Yarn.

The game begins with Kirby witnessing an alien spaceship, known as the Lor Cutter, plummeting towards the surface of Planet Popstar and immediately rushes to its aid. Onboard is the mysterious Magolor, who tells Kirby that he is desperate to return to his home planet but soon discovers that five key parts to his spaceship have broken off during the crash. Enlisting the aid of Meta Knight, King Dedede and Waddle Dee, Kirby, always more than happy to help a stranger in need, sets out to search for the missing parts and return Magolor home.

The narrative itself is decidedly light, clearly targeted towards a younger audience through its use of characteristic, if not basic, storyboard sequences. What follows is a colourful platform jaunt, retreading environments and enemies that will be more than recognisable to those familiar with Kirby’s adventures. You’ll traverse locations including Cookie Country, Raisin Ruins, Onion Ocean, White Wafers and Nutty Noon, inspired by forest, desert, water and ice amongst others, which has seemingly now become the norm for the series.

Making a welcome return is Kirby’s Copy Abilities, granting him the capability to swallow certain enemies to be empowered with their skill – adorning himself in the process with a visually diverse array of hats, each representing a differing ability. Examples of such abilities include the porcupine Needle, the Link-like Sword, the magical Beam, and even encompass the utterly pointless yet comical Sleep. Hi-Jump and Water proved to be personal favourites, although such a broad selection ultimately results in a select few seeming decidedly similar to each other.

Along the way, you’ll also encounter glowing enemies that provide Kirby with Super Abilities. These souped-up powers see Kirby able perform a gargantuan screen-wide attack, be it through the use of a Dragon-shaped flame, humongous sword, or pulsating sphere of magical energy. Such occasions prove to be the most gloriously satisfying in the game, and the sheer spectacle is sure to be a joy to many a player.

Kirby’s Adventure Wii‘s greatest facet, however, is the drop-in/drop-out multiplayer for up to four players, with friends able to join simply by pressing any button on a synced Wii Remote. From here you’re able to select your character between an extra Kirby, Meta Knight, King Dedede, or Waddle Dee, and if for any reason the additional player needs to stop playing you can press the ‘-‘ button to perform a ‘Quick Quit’.

At this point, the inclusion of the additional characters becomes all too redundant. Each only able to use their individual attack skills – which correlate to the Sword, Spear and Hammer Copy Abilities available to Kirby – it becomes all too apparent that every player will opt to play as a colour variant of Kirby to ensure they get the most gameplay variance out of their play session.

Similarly, Kirby’s Adventure Wii isn’t a necessarily difficult game, with those relishing any degree of challenge to find themselves disappointed. This was a surprise, especially following the criticism directed at Kirby’s Epic Yarn for falling into a similar pitfall earlier in the year. Kirby’s latest outing takes this one step further by failing to incrementally increase the difficulty to cater for the fact that you’re joined by a soirée of even more players. With other players in tow, Kirby’s Adventure Wii becomes all too easy, boss fights, in particular, being reduced to far easier occurrences.

Multiplayer otherwise proves to be immensely fun and full of humorous moments – players aiding each other by sharing health through an affectionate hug, hopping on each other for a quick piggyback or grabbing onto an inflated Kirby for a quick trip.

A multitude of Challenge Rooms serve to expand the game beyond pure level-by-level progression, unlocked aboard the Lor Starcutter through the collection of Energy Spheres that are scattered throughout the game. Each sees you utilise a specified Copy Ability to navigate a course, collecting coins and defeating enemies along the way to rack up a high score whilst avoiding the loss of valuable points by not taking damage.

These are further accompanied by a series of mini-games such as Ninja Dojo where you’re challenged to throw ninja stars at moving targets by swinging the Wii Remote, Scope Shot in which you take a defensive position from where you must fire charged shots to expose weak points on an incoming enemy, and The Arena that grants the opportunity to face a range of bosses through continuous rounds.

Kirby’s Adventure Wii is a disappointment by the series own high standards. Repetitive level design and an all too simplistic difficulty mar an otherwise engaging family-orientated title. To those awaiting the Kirby series re-defining moment, similar to that achieved by Super Mario Galaxy and The Legend of Zelda: Skyward Sword, this isn’t it regrettably, yet through charm and Copy Ability diversity still results in a fairly enjoyable experience. It’s just not Kirby’s best.