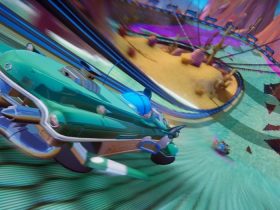 Nintendo has released a new software update for Kirby Star Allies, that sees the pink puffball’s adventure now on version 1.1.1.

There’s no need to get too excited though, as this introduces Chinese (Traditional), Chinese (Simplified), and Korean language settings, as well as Nintendo ambiguously referring to bug fixes that they have implemented so that you can have “a more pleasant gaming experience,” as usual.