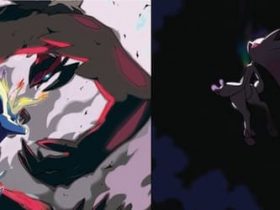 Nintendo has announced Kirby: Planet Robobot, a Nintendo 3DS exclusive adventure that will see you return to Dream Land.

When the Planet Popstar kingdom is mechanised by invaders, Kirby must use their technology against them to restore his home back to how it was originally. Suiting up in the Robobot Armour, Kirby will charge through levels crushing all manner of obstacles that lie in his way.

This builds on the game engine seen in Kirby Triple Deluxe, seeing you leap between foreground and background. More than 25 Copy Abilities, both new and old, can be used to take on your enemies, with amiibo compatibility unlocking them straight away – such as the Mario and Link amiibo unlocking the Fire and Sword Copy Abilities respectively.

The separate Team Kirby Clash mode lets up to four players quest co-operatively, taking on one of four roles as they tackle powerful bosses.