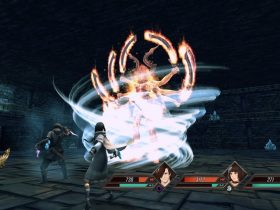 Legrand Legacy: Tale Of The Fatebounds Out On Nintendo Switch This Month

HAL Laboratory has revealed that Kirby and Qbby have swapped shapes, a joke that has been made to mark April Fool’s Day in Japan.

The developer has gone to great lengths to replace artwork and products on the official Kirby website. Those changes can be seen for both Kirby Star Allies and Kirby’s Extra Epic Yarn, as well as with Kirby-related Nintendo Switch accessories and the Kirby Café. However, all the excitement has overloaded the website’s server.

And, to join in with that joke, BoxBoy! protagonist Qbby has been made round. In turn, that will help to promote BoxBoy! + BoxGirl!, which will soon release on the Nintendo eShop for Nintendo Switch next month.