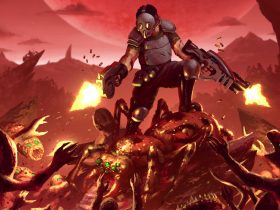 Microids and Raw Fury have announced that Kingdom Majestic will release at retail for Nintendo Switch.

This is the first release on the Microids Indie games label, this compilation will bundle Kingdom New Lands and Kingdom Two Crowns from developer Noio for the portable home console.

In addition to the Standard Edition which will have a reversible cover, there will be a Kingdom Majestic Limited Edition made available in Europe.

This will come with the games, a 3D lenticular, a sleeve, artwork that can be combined to create a map, the game’s original soundtrack, and a reversible cover.

“The Kingdom series has once again proved to us that pixel art and 2D still can bring some freshness and innovation,” explains Microids Indie vice president Vincent Dondaine.

“Strategy games aficionados will be delighted as Kingdom embodies the best of the best of what indie devs have to offer.”