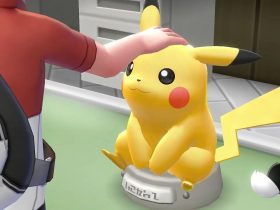 When it comes to fighting games, Arc System Works usually stands pretty tall at the top of the pile. They are also well-known for twisting three-dimensional polygons behind the prestige of believable 2D anime magic. In the studio’s latest venture, they take a step outside the lateral plains of Guilty Gear, BlazBlue and Dragon Ball FighterZ, to try their hand at competitive 3D arena brawler based around 2014 cult classic KILL lA KILL.

For those that have never seen KILL la KILL before, it’s a story of two rivals laying out any excuse to have a good scrap with one another. Ryuko Matoi – the series hot-tempered main lead – wields one half of a pair of gigantic tailor scissors while being Hell-bent on avenging her father’s murder. Matoi takes aid from a rather revealing but powerful blood-sucking sentient sailor outfit called Senketsu.

Together, they set out to oppose the dictatorship of Satsuki Kiryuin in seeking answers surrounding the identity of her father’s killer. Lady Kiryuin herself happens to be the council president and ruler of a regimented formed high school, Honnouji Academy, along with her loyal group of prefects known as the Elite Five. On top of that, she happens to wear her own battle suit known as Junketsu whilst donning a razor sharp heirloom named Bakuzan. 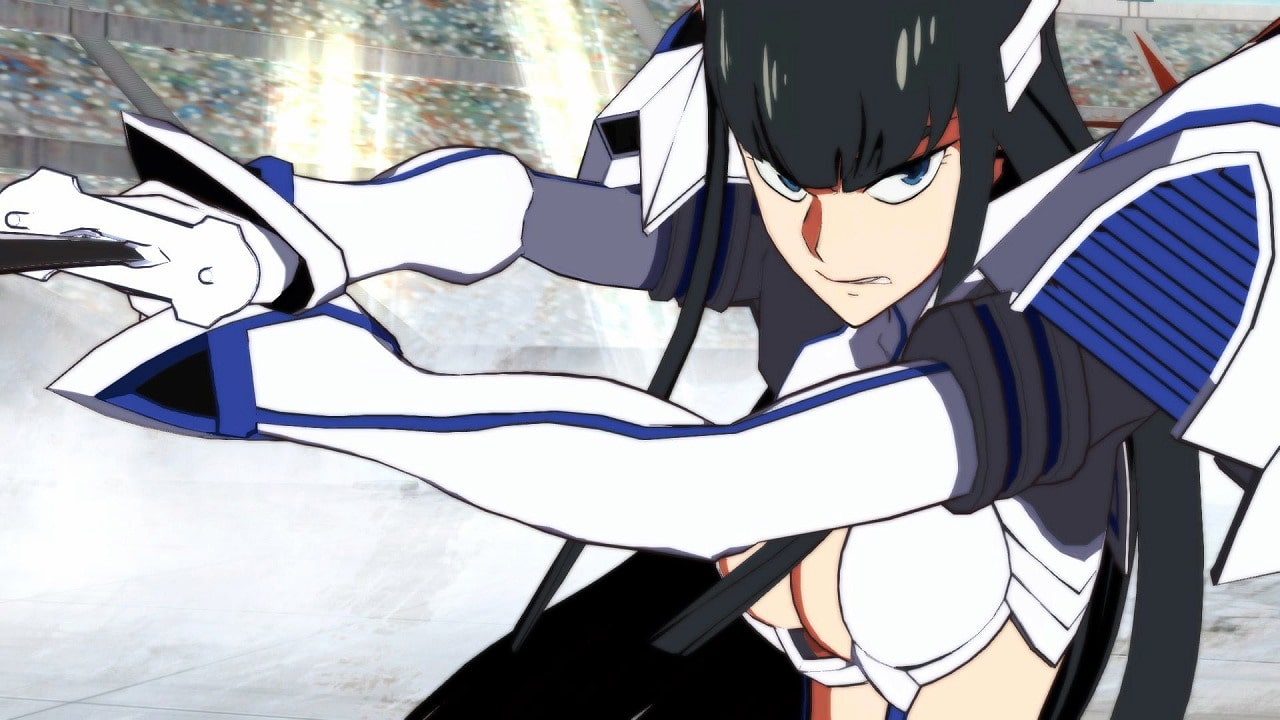 It’s a series made up of horny innuendos, Gaultier-style fashion, insane logic, and utterly bizarre plot twists. The Elite Five for example (who are all selectable players in the game), wear a light fiber-infused “Three-Star Goku Uniform” that heighten their potential in combat. One particular member of the Elite Five known as Gamagõri turns his suit into a leathery S&M battle outfit complete with mouth gag to which he gets bigger and harder the more he gets punished. Which is a rather fitting ability for the head of the disciplinary committee, I suppose. Yet, probably not the best authority figure to punish high school kids.

While I’ve made the effort in this review to step around any spoilers of the series, KILL la KILL IF has no qualms whatsoever in spilling the beans on most of the important revelations that happen in the anime. The in-game cutscenes themselves look as impressive as you would expect from the visual team that brought us Dragon Ball FighterZ.
Unfortunately, the way that the story is so loosely spat across the screen treads too close to familiar ground for those who have seen it, and far too obscure for any Kill La Kill virgin to follow.

The story vaguely rehashes the series right up until the final beats at which point a “what if” scenario ends up freshening up the formula far too late. A side story to the anime would have been a much better route to take in my opinion. Although, it does start you off entirely from Satsuki Kiryuin’s perspective, which may come as a pleasing choice to those who are loyal to team Junketsu. 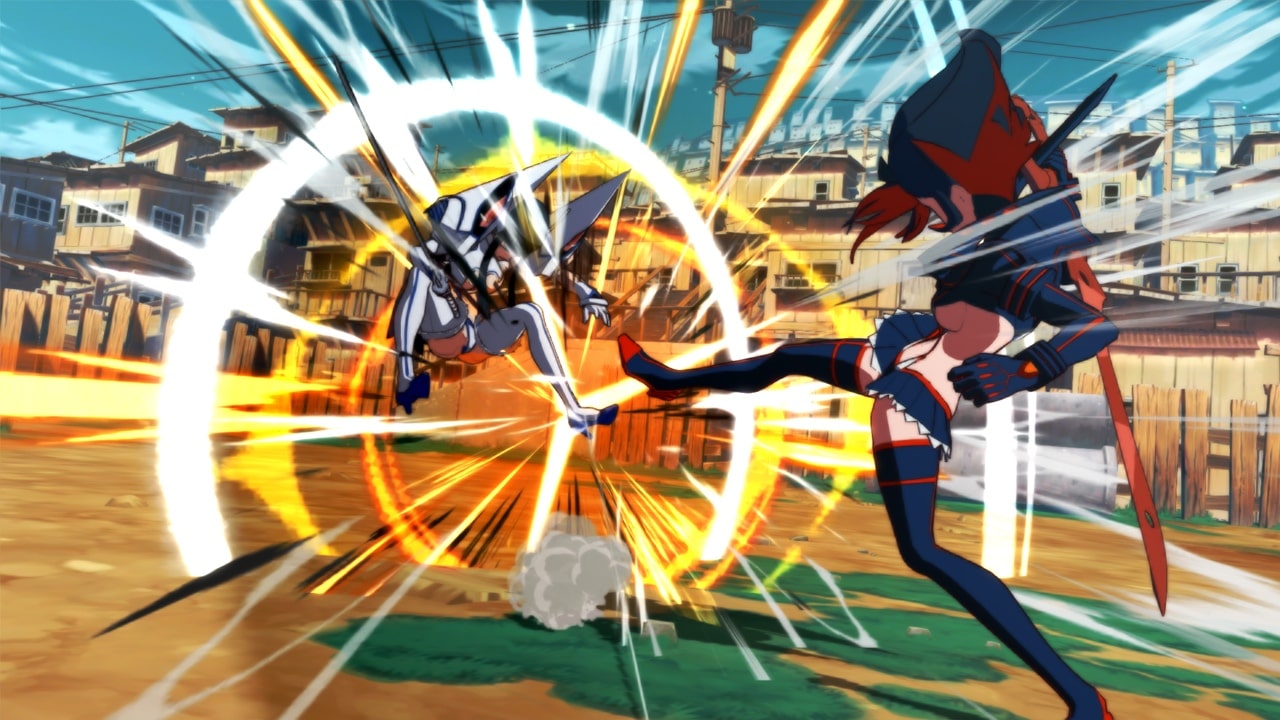 The gameplay itself shows a lot of potential with its visual prowess and faithful to the series combat style. It’s just a shame that its overreliance on simplicity results in the gameplay having about as much depth as the shallow end of a baby pool. It’s fundamental lean towards rock, paper, scissors is heavily loaded in more ways than one. The primary spam-happy attack button which can have some minor variety by tilting the Left Stick laterally or vertically can be simply blocked as you would generally expect. Being too dependent with guard can be smashed by a slower unblockable move. In turn, such an attack can soon be exposed with an evading dash maneuver to land a nasty counter with the spam button. To finish off a flurry of mayhem, the more dynamic meter-draining specials in place tends to be rather catching to the eye as they tail off nicely to end a combo.

So far so good, then. After all, it’s probably the most reliable triangle formula found in most fighting games. It’s also pretty much the only tools that the player has to work with considering that there is no command inputs and little need for strict timing to stir things up a bit. Sure, each character from the game’s tiny roster contain their own little perks and gameplay style, but the execution itself is mirrored diametrically across the board. Besides having the ability to dodge around your opponent, the only real defensive gameplay tactic that has any oomph is the ability to cancel each character’s homing dash to feint out a counter possibility. However, anticipating any distance reliably is mostly hindered by the unpredictable camera that is trying desperately to keep up with the chaos.

One of the more ambitious gameplay mechanics in KILL la KILL IF more prominently employs the rock, paper, scissors formula in a mini-event called Bloody Valour. Its presence in the game playfully molds from the cast of a burst attack in the Guilty Gear series in allowing to break out of receiving combos with some added pushback. Landing the attack on a wide-open opponent will, in this case, kick off an animated war of words sequence with each verbal slur representing one of the three tools thrown around in playgrounds for generations. Each successful choice has a perk such as regaining life, meter, or increased damage output with a winning potential to reach a more powerful Ketsui level 3 for an instant kill possibility. One option can trump another while doing a poor job at actually helping the player to decipher its relation to the traditional rules of Janken. It’s a gimmicky addition at best, but one that does have some slight competitive hook once both parties understand what trumps what. 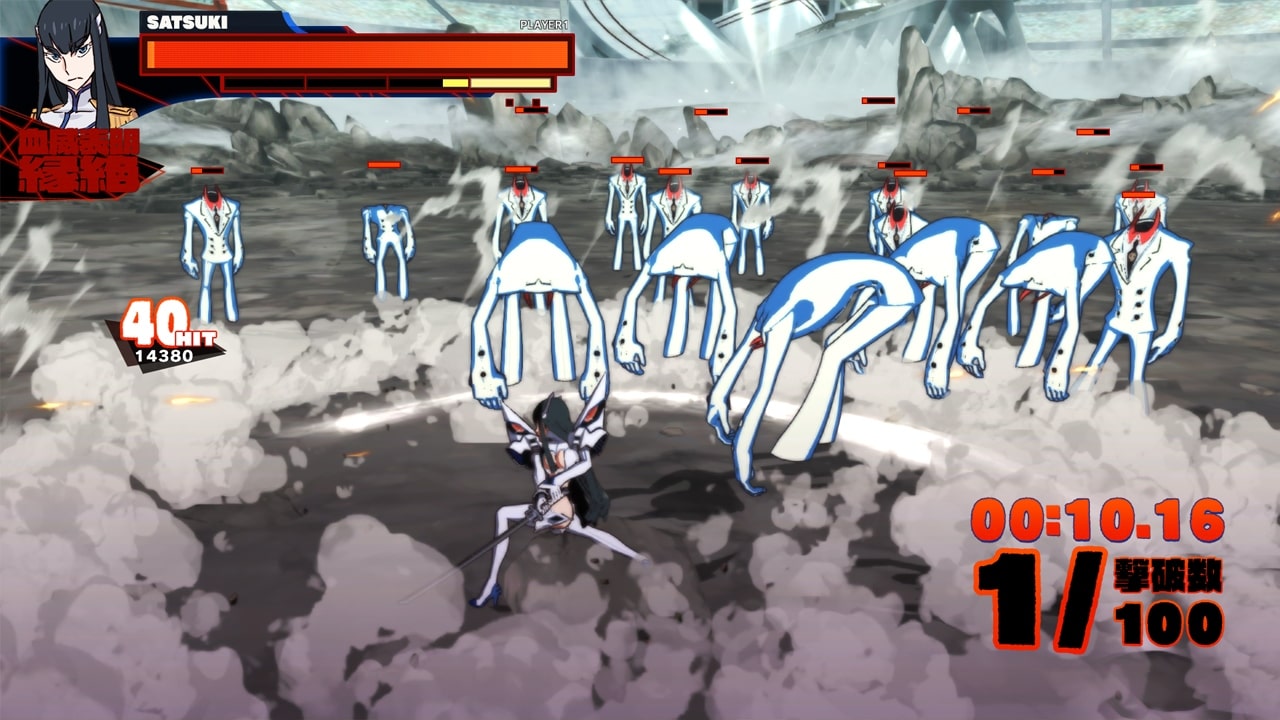 Where tedium comes into play outside of KILL la KILL IF’s mashy gameplay mechanics is in how you’re forced to grind through Kiryuin’s full story segment to unlock the other modes. This includes the online battle mode, in which I couldn’t even find a single match to test it out. From what I’m lead to believe, the online is apparently quite stable. It’s just a shame I couldn’t actually experience it all for myself. The gameplay segments that do fill the gap between the story cutscenes can break the flow of the more interesting one-vs-one matchups in favor of a sub-par Dynasty Warriors-style horde mash-a-thon. Throwing a beat down on an arena full of animated goons crafted from mindless garments is about as exciting as it sounds. The same could be said with the higher three-star Goku difficulty option which barely scratches any itch for a challenge thanks to predictable AI opponents.

It is all aesthetically presented wonderfully well, though. The art style tends to have a visual overlay that keeps everything looking beautiful and authentically hand-drawn. The bold red typography that splashes across the screen from time to time mimics the series perfectly, and the animations that bring the whole thing to life is top-shelf quality. The English and Japanese voice actors lend their talent also, as well as the iconic music that follows the larger-than-life presence of the main characters. It’s exactly what a fan would want when interacting within the world of their favored form of visual entertainment. It’s just unfortunate that the rest of its body is filled with empty calories.

KILL la KILL IF has all the visual prowess of an Arc System Works competitive fighter minus the substance that they are usually known for. It doesn’t necessarily handle badly control-wise, it’s just far too simplistic for even the most casual player to get any real longevity or satisfaction from it. Mix that with a horde survival mode tacked on as an afterthought, and you have an unrewarding button-masher masked behind the scribbled down blueprints of a fighting game.