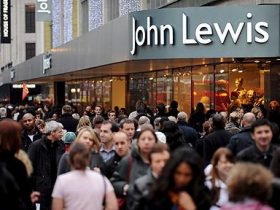 John Lewis: Our Nintendo shop “was a hit”

Nintendo have today confirmed that Kid Icarus: Uprising is set to release across Europe on March 23rd.

This means that the launch of the anticipated Nintendo 3DS exclusive will coincide with the North American release date, also set for March 23rd.

Kid Icarus: Uprising sees heroic angel Pit go up against Medusa, Queen of the Underworld, and her Underworld Army. You’ll have to utilise the aid of Palutena, goddess of light and guardian of the human race, as you combat the forces of darkness by air and land.

Nintendo shared new information and the latest trailer for the game last week – check it out here.

Kid Icarus: Uprising is due to release for Nintendo 3DS across Europe and North America on March 23rd, and in Japan on March 22nd.