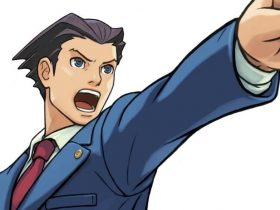 Keiji Inafune is to make an appearance at Anime Expo 2014 (AX 2014) as their guest of honour, the event has shared.

We are excited to welcome Keiji Inafune to Anime Expo 2014 as a Guest of Honor! He is most well-known for his work on Mega Man and most recently, his Might No. 9 project. At AX 2014, Keiji Inafune will have a Q&A panel as well as autograph sessions.

Inafune will host a Q&A panel and autograph sessions, and is widely known for having spent 23 years of his career at Capcom where he worked on adored series such as Mega Man, Resident Evil, Onimusha, and Dead Rising.

He departed the Japanese publisher to found his own company, comcept Inc., with whom he raised more than $4 million through Kickstarter to fund their latest project, Mighty No. 9.

February 24, 2020
Do NOT follow this link or you will be banned from the site!