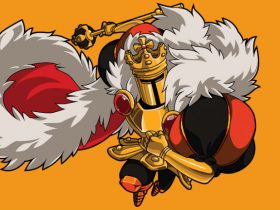 Shovel Knight: King Of Cards Ascends The Throne In Early 2018

Tecmo Koei have released a trailer for Ninja Gaiden 3: Razor’s Edge, in which producer Yosuke Hayashi provides further information regarding the Wii U exclusive version.

“As the subtitle ‘Razor’s Edge’ suggests, Ninja Gaiden 3: Razor’s Edge is a high-speed action game that’s so tense and difficult, it’s like wlakg on a razor’s edge,” Hayashi explains.

He expands, “The high difficulty of the game is a challenge from us developers to all of you. You’ll need to make good use of the new weapons and Ninpo added to Ninja Gaiden 3: Razor’s Edge if you want Ryu Hayabusa to make it to the end.”

Playable characters now include Ayane, Momiji, and, announced yesterday, Kasumi from the Dead or Alive series, each being available entirely free of charge.

“I hope we’ve been able to create a game that action game fans and Ninja Gaiden fans alike will enjoy and feel a real sense of accomplishment from,” Hayashi closes.