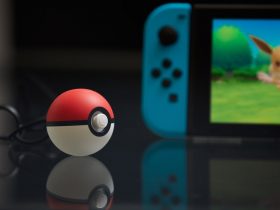 Poké Ball Plus Controls: How To Use The Y Button

After entrancing us with VOEZ, it has been revealed that Flyhigh Works will release Kamiko on Nintendo Switch this week.

The action-arcade game has already proven popular with those that have turned to the Japanese Nintendo eShop to buy it early, but it will soon become available to those in Europe and North America without having to do so.

Within, players will fight as three priestesses called Kamiko, who were each bestowed a weapon by the gods to defeat demons that threaten worlds.

With developer Skipmore styling the game around Shinto – which remains Japan’s major religion – you will have to solve puzzles to open several magically sealed Torii gates in order to unleash the stage boss, that must be pummelled before you may move on to the next.

Kamiko will release for Nintendo Switch on the Nintendo eShop on April 27th.