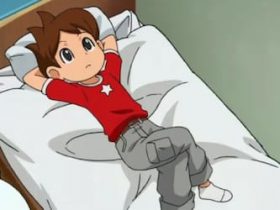 Youkai Watch 2 launch shipment has nearly sold out in Japan

Nintendo have turned to teenage pop sensation Justin Bieber for a spot of Nintendo 3DS promotion within his the video for latest single “All I Want For Christmas Is You”, which also features Mariah Carey.

The video sees Bieber dashing around New York’s infamous Macy’s department store within a shopping trolley, hoarding as many products as he can as he splashes his multi-millionaire fortune on things that he clearly doesn’t want. Luckily, he doesn’t walk into a glass door again. 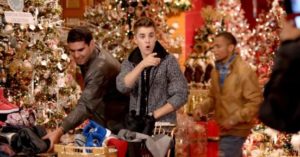 Luck would have it though, as on his travels he spies two friends snapping each other with the Nintendo 3DS, who then lure him over as he gazes in astonishment at Nintendo’s sheer awesome.

He then promptly throws a few into his trolley, and then continues to mime along to the rest of his single whilst thousands of Beliebers continue to croon over him.

It is, in fact, a genius move by Nintendo, the video in itself having been viewed by nearly 1.5 million YouTube users alone with clear Nintendo 3DS product placement. It’ll hopefully promote the handheld to the young female demographic, who previously proved to be a large part of the Nintendo DS’ success.

You can view the video in its entirety below: