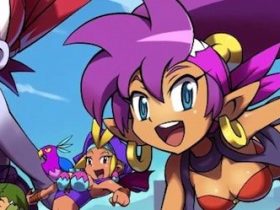 Ubisoft have today announced that Wii exclusive Just Dance 2 has sold over five million units, according to internal estimates.

Having first launched on October 12th 2010 in North America, with a European, Middle Eastern and Asian release on October 14th, Just Dance 2 has been able to readily hold a position within the top ten video games sales charts for both the U.S. (NPD) and Europe (GfK Chart Track).

Further to this, since the launch of Just Dance in November 2009, the brand has spent 45 weeks in the U.K. top ten and has also been amidst the top fifteen list in France for the last 42 weeks, according to GfK Chart Track.

If that wasn’t enough of an indication of the success of the franchise, according to UKIE Just Dance 2 was also the top selling single format game in the UK for 2010.

“The Just Dance franchise has revitalized the video game music category with consumers worldwide joining the dance movement. Players of all ages are enjoying the social and physical benefits of playing Just Dance 2 as it’s truly a game that is accessible and enjoyable for everyone,” commented Geoffroy Sardin, Chief EMEA Sales and Marketing Officer at Ubisoft.

Nintendo of America President and CEO Reggie Fils-Aime further added, “The strong performance of Just Dance 2 is a perfect example of the potential that can be achieved by an independent publisher like Ubisoft in delivering irresistible content for the Wii system.”