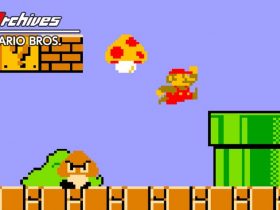 NGDEV has announced that Gunlord X will release on Nintendo Switch this month, an improved port of their 2012 “eurostyle” action-platform game.

You must blast yourself through giant landscapes, explore caverns, and uncover secrets in 11 stages where you will face more than 60 unique enemy types.

The developer has worked on “an intense Hi-Bit overhaul” to allow the game to be displayed in a widescreen format, while there are four new boss enemies and extended stages.

There are more additions such as autosave and level select, accomplishments screens and statistics screens for speedrunners, New Game+, a Scanline or RGB CRT TV shader, optional twin-stick controls, HD Rumble, and more.

Gunlord X will release on the Nintendo eShop for Nintendo Switch worldwide on May 22nd priced at $9.99.