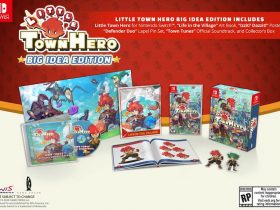 The fighting game will hit the portable home console with a roster of more than 50 playable characters that come from 16 different Weekly Shonen Jump franchises, which will include those previously released in Characters Pass 1.

You will be able to battle it out as your favourite character or create your own avatar to use in Story and Versus modes.

The Nintendo Switch version will come with an exclusive offline three-on-three tag team mode which will allow for a six-player showdown.

The Characters Pass 2 will come to the Nintendo eShop later this year, with Todoroki Shoto from My Hero Academia revealed as the first addition.

This will introduce five characters that can be purchased individually, or those that choose to buy the Characters Pass 2 will unlock each character four days early. Although, whether they will all release before the game hits Nintendo Switch is unclear.